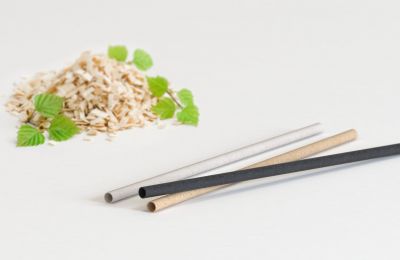 Plastic drinking straws are a common product filling the oceans with plastic waste. Finnish company Sulapac has now developed the world's first biodegradeable straw that will enter mass production in the spring of 2019.

Sulapac and forestry company Stora Enso have developed a new wood based straw. The most revolutionary part about the sustainable product is that it can be used in existing production lines of plastic drinking straws. This means expensive rework of factories can be avoided.

The Sulapac material is a combination of wood fiber and bioderadeable chemicals. In Europe alone hundreds of millions of plastic straws are used each year. In October the EU parliament approved a law that bans the use of a number of single use plastic products.

Earlier attempts to replace plastic in drinking straws have included materials such as paper. Unfortunately they have been unable to compete with plastic straws, and have also required costly investments in new production gear.

Biodegradeable PLA plastic is also used by some manufacturers, but that takes a decade to degrade. Sulapac expects it's material to dissipate much faster. The company is looking to certify the material as ocean degradeable. Households can also dispose of products made from Sulapac in the compost.

The company has experience in similar products, and will also launch foodpackaging made of the same material next month. The company has also attracted significant investments from individuals and companies like cosmetics giant Chanel.