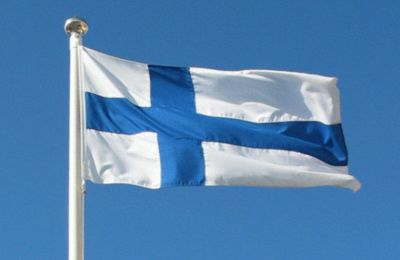 The city of Hamina will likely host the tallest flagpole in Finland, and the tallest in the World for the Finnish flag. The 100 meter tall pole will cost 620,000 euros. The city council will make the decision on the project on Monday, March 12th.

The 100 meter tall pole will require a sturdy base, the design of the structure is done by A-insinöörit Oy. The base will require twelve steel poles driven into the earth. The pole will be transported to the site in 32 meter parts, which will also host a stairway inside which allows accessing the top for service.

The largest Finnish flag will be in 365 days in a year, though on stormy winds it can be pulled down. A spotlight will light up the pole and the flag, which is estimated to require replacing each year. The 486 square meter flag to be pulled to the pole is a gift from thirty countries, given to celebrate the country's hundred years of independence in 2017.

The cost of the wooden flagpole will be a hefty 620,000 euros. The venture has yet to confirm it's funding, though major donors such as Russia have provided assets for the building of the structure. It is viewed as important that the eastern neighbour is participating. The flag will be visible in the Russian territorial waters on the Baltic sea, and could be viewed as provocative.

Once complete Hamina will replace Riihimäki as the host for the tallest flagpole in Finland.