City of Vaasa in Finland to apply for the Tesla Gigafactory 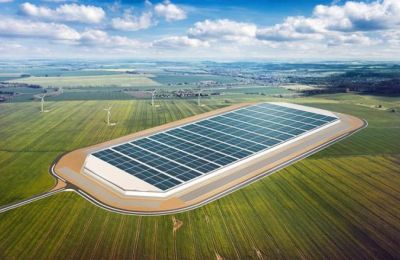 The City of Vaasa is looking into the possibility of hosting the Tesla Gigafactory in it's areas. The city lists the local energy industry cluster and a nearby lithium mine as advantages to the battery factory located in Vaasa, a rather remote northern city on the west coast of Finland.

The mayor of Vaasa, Tomas Häyry, makes a statement for the venture: The energy cluster of Vaasa and Tesla have a common target: Accelerate the move to sustainable energy globally. This venture is something that is building the future for Vaasa for many generations to come.

Vaasa already hosts energy companies such as world leading diesel and gas generator company Wärtsilä. To move the factory proposal forward, the city is setting up a coalition who will contain key experts in the field technology, research, logistics and business. The first results and a detailed plan for the process is expected in the first half of 2017.

The American Tesla company announced that is will construct a lithium-ion battery manufacturing facity to Europe. The facilities as known in the company's terminology as Gigafactories. This is the first plan to open one outside of the United States.

The first Gigafactory opened in the United States in July 2016. The European factory is also planned to start production of Tesla electric vehicles after the battery production is ongoing. The city has set up a website to promote the Finnish Gigafactory venture and below you can see the reasoning of Vaasa Mayor: