Edward Snowden: Finland working together with the NSA as early as 2004 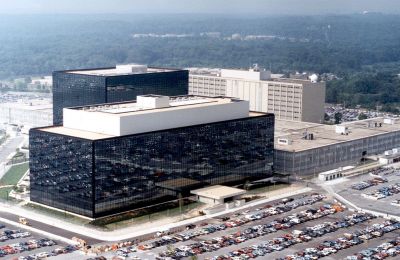 Finnish military intelligence and US security service NSA cooperation started years earlier than previously thought. Latest in 2004 the two state organisations were collaborating, according to documents released by The Intercept.

The document revealing the fact is an article published the NSA internal communications newsletter SIDtoday in October 2005. In the document a technical contact from FDA, an NSA branch for overseas activities, describes operations in Norway.

The FDA had sent a person to Norway to help a partner with high workload. The operatives main mission was to patch Norwegian and US intelligence service's information gaps. Another agenda was to start signal intelligence collaboration with the Finnish military intelligence operations.

The contact says they were a part of an NSA group that installed a direct communications link between the Finnish defence force's Intelligence Division and the NGA. NGA is a United States agency processing visual intelligence material. It was said that setting up the link between NSA and FIRE [Finnish Military Intelligence] was critical for the relationship of the two organisations.

Finland and Norway in close partnership with the NSA

The cooperation of Finland and the NSA was revealed in 2014 when reporter Glenn Greenwald published his book about Edward Snowden. According to the book Finland had a bilateral, "third level" collaboration agreement with the NSA. Another Nordic country, Norway, was also in the shared status with Finland.

The NSA operative describes the Norwegian intelligence units as one of the most professional partners NSA is working with. Norwegian defence minister Carl Haglund admitted the cooperation, but declined to comment exactly when the cooperation had begun.

The Finnish media and public opinion in general estimated that collaboration with the NSA had begun recently, latest by 2013. With the new information it seems evident that the collaboration has been ongoing for quite a bit longer. The Finnish Foreign Minister Erkki Tuomioja, stated that he would keep using foreign email services despite of the events in 2013.

The Finnish Defence Forces are eligble to hand over intelligence data when it is in the best interest of the country. There is no legislation regarding foreign intelligence operators' right to operate in Finland. But this is about to change, if the proposed changes to the intelligence laws pass.

The parliament is proposing that foreign intelligence can work in cooperation within local operators wihin. the borders of Finland. A prerequisite is that working together with foreign agencies must benefit the country, for example by providing skills or information that Finnish staff lacks.

Source: Life as a TLO in Oslo

« First Outlet Village in Finland to open in spring 2019 in Vantaa, near Helsinki - Changes coming to Helsinki region public transport pricing in 2018 »