Finland is the land of single households 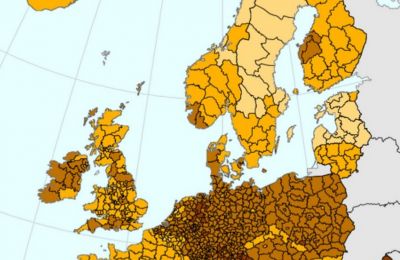 Every other apartment in Helsinki is inhabited by a single tenant. In the future the number of people living alone in Finland is expected to continue climbing. This changes a lot of things in the societies built around the nuclear family.

For a long time Finland has been preparing for the age pyramid where there are relatively more pensioners than there are children and working age people. But the other trend in the society is single person households. In the beginning of the 1970's the number of single person households was less than 30 percent. In 2015 the figure had grown to 48.

In 2015 a study by Citylab found that Finland is the mostly likely country to be single in Europe. In a way this is where the country has targetted for many decades as one of the biggest achievements of the Nordic welfare state is the ability for people to live the best way they feel best.

In Finland there is no family taxation, women are free to choose a life without children and children are not expected to take care of their elder parents. In addition technologies like the Internet making living alone more appealing due with the ability to get services an perform social activities online.

Other key factors leading to the development is increased gender equality. Women joining the labourmarket, education and freedom over their own bodies have changed family relations. The age of first marriage has risen as has the number of divorces.

Another factor is urbanization. With more people living in cities there are more options for people living alone both in terms of services and alternative lifestyle. People are also living longer than before and with their spouses gone, many elderly widows wish to live alone rather than in an institution.