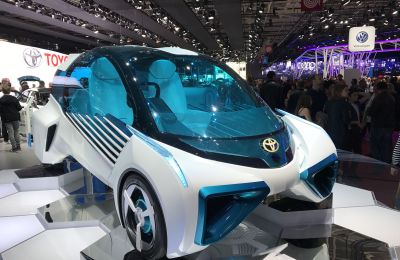 The Finnish government is said to be preparing a massive overhaul of the country's private car taxation system. The planned changes would remove the dreaded car tax and make significant changes to terms when companies are providing car benefits to employees.

The finnish financial journal Kauppalehti is reporting that major changes are in the cards for Finns using a private car. The changes would be a drastic change that will change many things for private car ownership and use.

The biggest disadvantages would come to people using their private car for work, with removal of tax-free mileage benefits and paid parking space by companies. The aim is to lower the number of people driving alone and drive people to use public transport instead.

Finland has a heavy vehicle tax for private automobiles. In the case of purchasing a Toyota Corolla, at a price of 24,000 Euro, over 5 Euro of this is vehicle tax. This makes cars relatively expensive in the country and has lead to an aging fleet, with the average car in Finland being 12 years old.

One of the changes in the tax reform is removing this tax that is added to the price of cars. This tax would be replaced by other fees that would be variable and target the use of the car, rather than a single payment at purchase time. Favoring the use of bio fuel is already done and it is targeted that 40% of fossil fuels would be from renewable sources.

The aim of the reform is to decouple the state budget from the public road system completely. The state would also create a separate company that would be responsible for the road network in the Nordic country. This company would be funded by payments that would vary depending on the a cars emission or fuel type.

Electric cars, for example could be exempt from the fees completely to accelerate adoption. Benefiting low emission cars in general should also result in lower emissions as a whole. It is targetend that the emissions would equal to those of the European Union average by 2030, with a total of 250,000 electric vehicles in use.

In addition to road maintenance and construction, the development company would invest and enable smart traffic, automation and remote working and services. The Finnish state could also fund selected projects from the government budget to boost light traffic such and use of public transport.

The cost estimate for the Finnish state and individual municipalities is estimated to rise to the hundreds of millions of Euros. The driving force behind the Paris climate agreement, which requires that Finland drop it's emissions radically to comply with it.