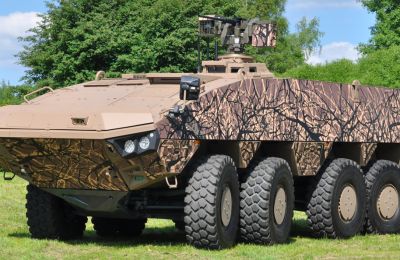 A business man from Finland travelling in Kampala. The 40-year-old was found dead in a hotel room in the capital of Uganda. The man was in the country to sell Patria arms to the local defence force.

The man was travelling on business in the African country. Having died in the first week of February 2018, the local police are still investigating the case. The news comes from YLE, the Finnish national broadcaster, to whom the foreign ministry have verified the case. According to sources the deceased was named Tuomas Teräsvuori.

So far there is no reason to believe faul play in the case, but a homicide has not been ruled out. The Finn was in the country marketing and selling defence technology from the Finnish company Patria. The man worked for a small agency, and has previously been involved in other companies providing security services.

YLE also contacted local authorities and according to them the cause of death is verified, but the authorities are still waiting for a toxicology report to finally rule out poisoning or something similar. Kampala police have also interrogated a local uganda woman who met the foreigner at the airport and visited his hotel room multiple times.

An communications person from Kampala also states drugs were found at the deceased hotel room, in the Pearl of Africa hotel. At this point it is not clear if the illicit drugs were used or whose posession they were in. The Finnish man was reported to have entered the country of Uganda on a fake invitation letter.

The invitee was stated to be the Uganda internal security service chief Frank Bagyenda Kaka, who has stated on the local news paper Daily Monitor that he had not invited the man to Finland. Representatives of the organisation have reportedly meet the man, but no details on topics of the discussions are known.

Patria, the Finnish defence manufacturer verified on Monday to YLE that they had given the business man permission to market Patria goods in Uganda. He was carrying the company's product brochures, but at this point in time Patria has no ongoing trade discussions in uganda.

Patria produces among other things armored personnel transportation systems and grenate launchers. Patria AMV-vehicles are also assembled in South Africa. Ugandan publications are also reporting that the former Finnish minister Suvi Lindén had accompanied the man on the trip, and this has been confirmed and the two have been confirmed to have had a business relation before.

Giving fuel to conspiracy theories an Ugandan publication Softpower suggests that Teräsvuori and a Swedish ,national by the name Sebastian, were asassinated to create instability to the neigboring african nation of Rwanda:

Tuomas Juha Petteri, 42, from Finland was killed at Pearl of Africa Hotel on February 5 while Alex Sebastian, 41, from Sweden, died from his room at Sheraton Hotel the following day. However, at the time, both Police and the local media reported that the causes of the deaths were unknown.

But this website has since learnt that both Petteri and Sebastian were assassinated following a botched con deal involving Police authorities to implicate the Internal Security Organization (ISO) boss in a corruption scam to defraud an ‘investor’.

The plot too was conducted with the aid of Rwanda. A Rwandan agent identified as Clement Wahuma working with the Directorate of Military Intelligence (DMI) had arrived in Uganda, a week prior to the double assassination.

The speculation is for everyone to take with a pinch of salt.