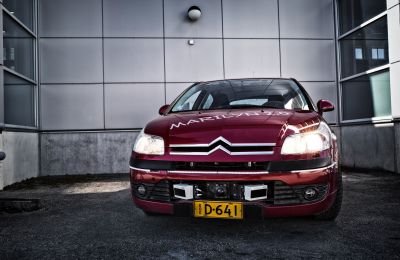 VTT Technical Research Centre in Finland has announced that it has improved it's experimental autonomous vehicle's ability to operate in difficult conditions. The car can now recognize a person behind fog and stop automatically.

This is enabled by an enhanced LiDAR device installed on the roof of the car. The new 1550 nanometer radar can detect wavelengths that the human eye cannot. This is augmented by improved software that enhance reliability and enhanced image recognition capabilities.

The aim of VTT is to improve the capability of the Marilyn car to operate in real world conditions. And even if the visibility in heavy fog is is only 30 meters, it allows the car to proceed instead of halting completely. The company sees this as a significant step towards adopting autonomous cars.

The Marilyn car will attend the RobustSENSE event in Ulm, Germany on May 16th. The event is first of it's kind where a number of self driving vehicles will demonstrate different driving scenarios at the same arena.

« Moomin Coffee set to arrive at Helsinki-Vantaa airport in early 2019 - Iron Danger is a tactical RPG based on Kalevala, the national epic of Finland »