Finnish forest industry making a comeback on the back of bioproduce 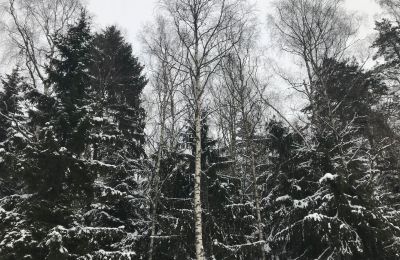 Finland is a country with vast forests. Currently it is estimated there are around 22 billion trees in the country, supporting a significant industry. Produce from chemical and mechanical forest industry makes for a fifth of exports of the country, a number that has steadily decreased from the 1960's.

The industry was split into many small companies, but the industy started to centralize in from the 1980's to the 2010's. This resulted in a handful of operators, who focused on paper production. Because of digitalization demand for paper was decreasing and a lot of papermills were closed in after the turn of the millennium, leading to loss of almost half jobs from 2005 to 2015.

The decline of paper demand was further accelerated by the global downturn starting from 2008. During the past ten years the forestry cluster has been able to diversify products and there are significant new investments in domestic wood processing facilities. The three largest companies, Stora Enso, UPM-Kymmene and Metsä Group, are now seeking growth in packaging innovations as well as wood-based chemical products.

Strong financials, a bright outlook into the 2020's

For 2017 all three of the largest companies made a solid financial result. According to these figures it is safe to say that the Finnish forest industry is doing well after the struggles in the past two decades. This is a result of the global upswing and investments in growing and sustainable business areas.

Stora Enso reported a growth of net revenue of 3% for the last quarter of 2017. This is attributed to strong operative results and successful ramp-up of new facilities, including a packaging materials factory in Beihai, China. For the whole of 2017 the revenue grew by 2,5 resulting in a profit of just over a Billion euros.

UPM-Kymmene reported record results for 2017. For the final quarter, October-December, the company improved it's results to 366 Million euro - in 2016 the number was set at 283 Million. Revenue for 2017 grew to 2,57 Billion euros - the company states that this is due to higher prices and increased volumes.

Metsä Group, including stock listed subsidiary Metsä Board, reported a record quartal for Q4/2017. The group reported growth of 8% in revenue for 2017, making for a total of 5,04 Billion euro. This is significant for a company that was in crisis a decade ago. The decision of dropping paper production from Metsä Board and focusing on cardboard and pulp has been a success.

All three companies are positive on long term prospects with investment in new products and continuing demand in core production.

The forest industry Finland is especially upbeat in bioproduce manufacturing. These new generation of factories produce pulp, but also a range of products like pine oil, turpentine, bio gas and sulfuric acid. Future products could include textile fabrics and lignin refinements.

A prime example of such a plant is the Metsä Fibre Bioproduce plant in Äänekoski, central Finland. The investment by the subsidiary of Metsä Group represents the largest single investment by the Finnish forest industy. At a cost of 1,2 Billion euros the plant adds some 1500 jobs to the forestry sector in Finland.

In addition to direct production, the expertise gained in the development and operation in these new generation wood processing plants is expected to yield consultancies that will boost the export of Finnish services industry.