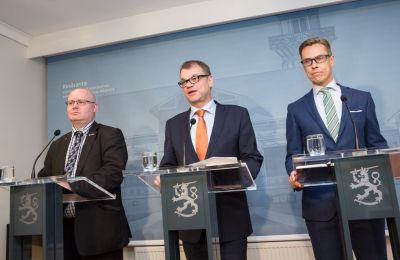 Earlier in September the finnish government announced some cuts to the benefits of the employees. The cuts were well received and they were criticized of affecting low-income disproportionally much. There was even a demonstration held in the country on September 18th, drawing many public services and transport to a halt.

Today the government announced alterations to the cuts. The cuts to sunday work and overtime premiums was replaced by a cut of 30 day to the annual holiday bonus. The new set of changes to benefits are as follows:

In addition to this there are several changes affecting employers, such as a cut in social security payments.

These cuts are governed by law to be compulsory for a period of three years.