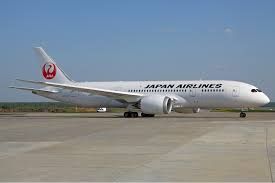 The Japan Airlines flight JAL414 bound for Tokyo had to return to Helsinki-Vantaa Airport on Sunday January 21st 2018. The Boeing 787-9 Dreamliner aircraft made a safe landing after reporting engine failure.

According to eye witnesses there were loud bangs and the right hand side of the aircraft was in flames. Three separate blast of flames shook the engine. The Flight Traffic Control confirmed engine flaw and the safe landing, but refused to confirm a fire onboard. JAL has confirmed engine failure as the reason for the diversion.

Multiple passenger have commented that the plane flew a part of the way with just one engine. Details are still scarce as Finavia and Japan Airlines have not responded to requests from the media. The personnel at Helsinki-Vantaa Air Traffic Control have commented that they have not seen the situation as serious because the aircraft is capable of operating and landing with a single engine.

There are now more details on the failure: The crew put the righthand side engine to idle after the incident, but later returned the other engine into use with landing taking place with both engines operational.

A comment on the on The Aviation Herald website claims that the bangs were audible whist driving the Helsinki Helsinki Ring Road (Kehä 3):

I was driving my car on a Helsinki ringway right next to the airport when I heard two loud bang-bangs. My first tought was I had some problems with the car but quickly I discovered the source of the noise was an airplane.
- Incident: JAL B789 at Helsinki on Jan 21st 2018, engine problem

According to the tracking service FlightAware, the flight circled above the Gulf of Finland for some time before landing back to the airport (HEL). The manouver was done to burn fuel to allow a safe landing. Below is the path the plane traveled (source: FlightAware Japan Airlines 414): 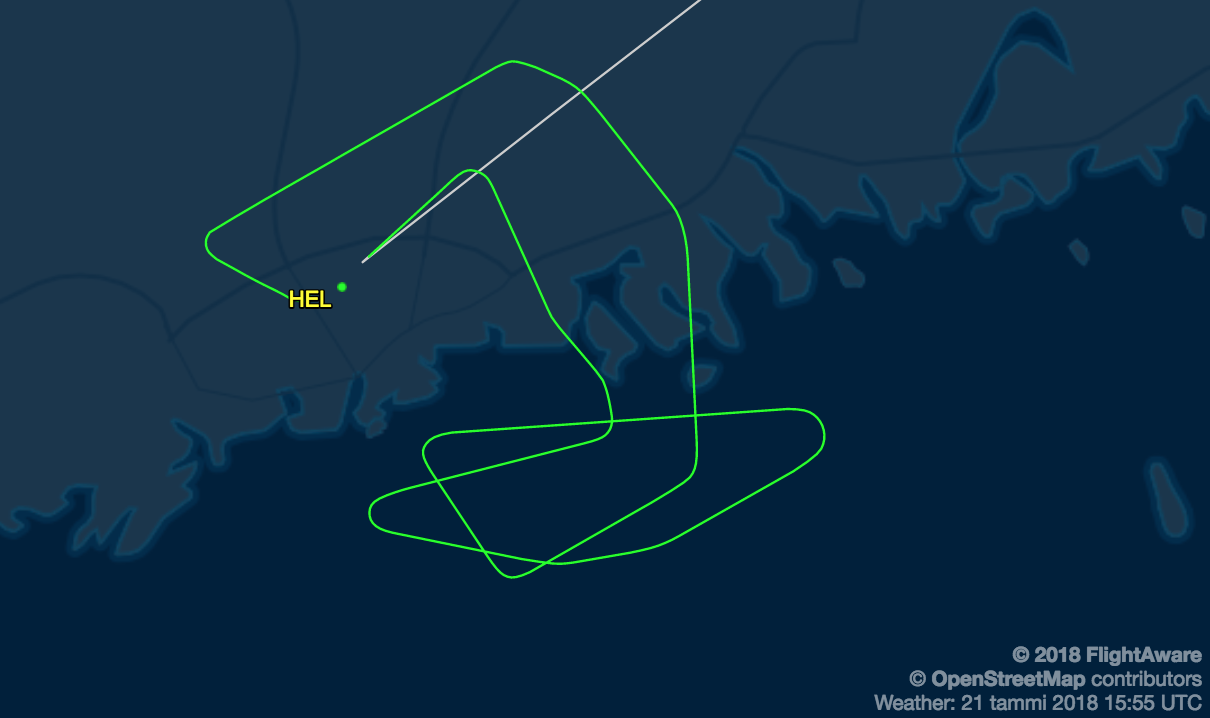 There have been reports of engine issues in Boeing Dreamliner aircraft equiped with Rolls-Royce engines. Christmas British Airways canceled flights as did Virgin Atlantic. A full list of incidents per each aircraft type is available at aeroinside.com, including the Boeing 787-9 Dreamliner. The aircraft in question carried General Electric GEnx engines, not ones from Rolls-Royce.

A full account is now available of the events is already available on AeroInside: JAL Boeing 787-9 Dreamliner at Helsinki on Jan 21st 2018, engine problem. An amateur video of the landing is available, but the authenticity if it has not been verified. See for yourself: