KymiRing racing track in Finland seeks for a Formula 1 grading 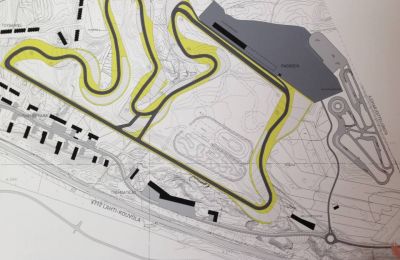 The KymiRing track that is being built in Iitti, Finland is seeking the highest grading for motor racing. FIA is the body governing the approval and if they approve this, it would allow not only MotoGP races in Finland, but a Formula 1 Grand prix as well.

The 4.6 kilmeter long KymiRing track will possibly be able to host F1 races in the future. The FIA 1 grading allows all types of racing on a graded track. According to AKK (Finnish motorsports body) increasing the grade certification is sensible, when the track has no grading in place.

At the end of last year the FIM (Motorcycle racing body) inspection of the track focused on safety area details such as materials and various other factors. The improvements that were required by FIM have now been certified by Dorna Sports, the company running the MotoGP series. The details are now under analysis at FIA.

FIA will perform simulations for different racing car categories, including Formula 1 series cars. We are building a suitable location for top level motor racing in Finland, but organising an event is a completely different matter, states Timo Pohjola of AKK.

AKK is very interested in how things are proceeding and if the certification process goes through as expected, the club plans to look into the feasibility of organising F1 races in Finland. Once completed, KymiRing is the only track in Northern Europe that fulfills F1 requirements. In addition the track is said to be designed well not only for the drivers, but spectators as well.