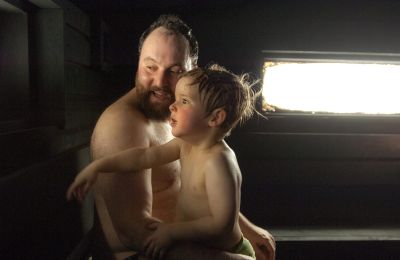 A group of Finnish sauna societies are trying to get the activity to the United Nations' UNESCO living heritage list. In November 2017 sauna going was added to the national heritage list in Finlland, along with 51 other activities.

From here on it is possible to get the activity to recognized on the UNESCO list of living heritage. Now the Sauna society of Finland has officially set this as a target it aims to achieve. This was announced at the Lauttasaari Vaskiniemi event on the 21st of February 2018.

The society is now seeking other sauna organizations and individuals to support the "Sauna to UNESCO" project. There are no spei requirements aside from enthusiasm on sauna going and keeping traditions alive. Anyone interesting in participating in the project can contact the project coordinator Mari Paavola: mari.paavola(at)sauna.fi, +358-50-501-924

Finland can only nominate a single tradition from the 52 domestic list to be included in the UNESCO list. According to the lobbyist driving the project going to Sauna is an obvious candidate as a tradition widely practised in the Nordic country. Other traditions included in the list are Finnish Santa Claus activity and Mayday for the working class.

« Agenda of dead arms dealer's and ex-minister's trip to Uganda unknown - Estonian and Finnish languages are similar, but quite different in practice »