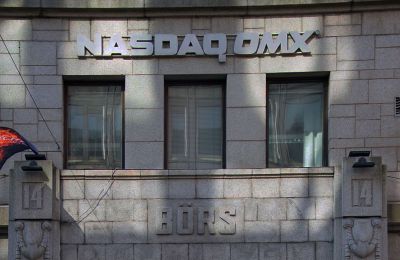 The Helsinki stock exchange was offline for hours on Wednesday due to a system outage. The system outage was caused by a false fire alarm that triggered a fire extinguishing system whose sound destroyed hard drives in servers running the operations.

Operations will continue on the backup system on Thursday 19th of April as Nasdaq, operating Helsinki and other exchanges in the Nordic and Baltic countries has not been able to fix the servers. The server room operating the markets is located in Sweden's Väsby, in a facility Nasdaq as outsourced from another company.

In an interview with Helsingin Sanomat, Henrik Husman from Nasdaq says that the sound of the fire alarm rendered a large number of servers inoperable. The amount is such that replacement will take time as there are hundreds of servers in the room, and the whole of Sweden does not have enough replacement units.

In addition to Finland, the incident caused problems in stock exchanges other the Baltic and Nordic stock exchanges in Denmark, Estonia, Iceland, Latvia, Lithuania and Sweden.

The cause of the hardware failures is because of the fire extinguishing system that uses an explosion to consume all available oxygen. The sound of this ignition was so loud and at such a frequency that it destroyed spinning hard drives. The failover servers failed to operate as expected, but was eventually online at 15:00 in the afternoon on Wednesday.

Most of the trading will be resumed with a backup system on Thursday, but some high frequency trading (HFT) operations will remain unavailable. This is because these require close physical proximity to the Nasdaq Nordics main server room. HFT accounds for around a fifth of the daily trading volume in the Helsinki Stock exchange.

The length of the outage is exceptional. Stock exchanges are an essential part of the financial system that should operate without effors. The authorities overseeing the stock exchange operations will require a thorough explanation. In addition to fines, Nasdaq will likely need to compensate for millions worth of trading.