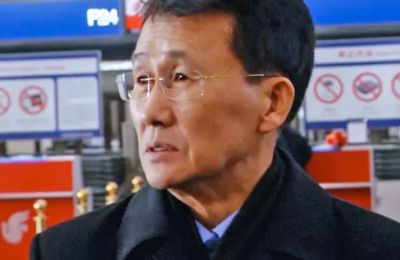 The North Korean official Choe Kang-il landed in Helsinki-Vantaa Airport on Sunday March 18th 2018 at 14:07. According to sources the man is in charge US relations and is in the country to discuss about Nuclear Weapons.

The unofficial discussions will be around improving relations between North Korea, South Korea as well as the United States of America. According to source world wide the North Korean official Choi Kang-il has been seen to board a plane leaving from Peking towards Helsinki on Sunday morning Peking time.

Kang-il is said to meet the former South Korean embassador Kathleen Stephens, according to the Finnish Foreign Ministry Finland is only a facilitator in the meeting. No participants from the Nordic state hosting the meeting will participate in the discussions.

According to the Foreign Ministry of Finland, the talks are routine discussions and have nothing to do with the negotiations between the United States and DPRK. Unofficial talks are not attended by ministers or heads of state. Lower ranking officials and academics will participate.

In addition to Finland, there have been ongoing talks in Sweden. These talks were between foreign ministers Ri Yong-ho and Margot Wallström. These discussions are related to the Nuclear talks between North Korean leader Kim Jong-un and US President Donald Trump. The two are set to have a historical meeting this spring.

Earlier rumors stated that the discussions would take place in the Japanese embassy in Helsinki, but this has since been denied by the Japanese. The exact location and schedule for the talks remains a secret. According to earlier information, Choi Kang-il is scheduled to be in Helsinki for two days.