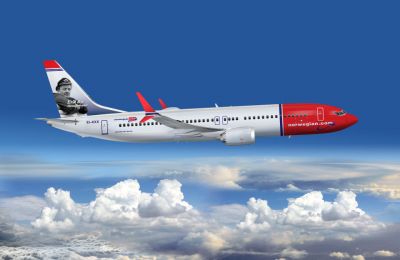 Norwegian, a low-cost airline adds new flights to and from Helsinki-Vantaa. Helsinki is the main hub for the Finnish flagship carrier, Finnair. Norwegian adds a new route to Krakow in Poland, as well as increasing the number of other flights to other cities.

The Norwegian airline, based in Norway, plans to fly to Krakow from Helsinki twice a week on Mondays and Fridays. Flights are scheduled to start on the 26th of March 2018. Flights will depart from the Helsinki-Vantaa airport, some 30 km north the Helsinki city center to John Paul II International Airport Kraków–Balice, some 11 km west of the Krakow city centre.

According to the company the route is sensible since Krakow is the second largest city in Poland after Capital Warsaw. It is well known for the well preserved old town, surrounded by beautiful buildings. The area is a world heritage site of Unesco. The company expects tourist as well as business customers for the newly established route.

In addition to the opening of the new route, Norwegian increases the number of flights to a number of locations from Helsinki. Additional flights will be added to Malaga, Alicante and Rhodos routes. The additional competition in the routes provides additional pressure to Finnair, a carrier that has found success in Asian flights to Japan, China, Singapore, Korea and more.

In addition to flights between Helsinki and Asia - there is a significant number of feeding traffic from major European hubs. Also, the Asian routes is something Finnair is also expecting competition in the future.