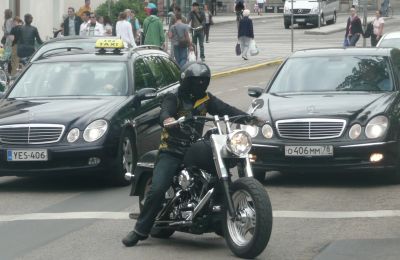 The finnish police is looking into the source of the free christmas ham distributed by the motorcycle club Cannonball MC. The Finnish court ruled last week that the club is considered as an organized crime group and it's activities need to be investigated.

The motorcycle club has been giving out free christmas ham at the Myllypuro metro station in Helsinki this week. According to the detective Rabbe von Hertzen the finnish police is looking into where the free ham is coming from. What is the origin and who has paid for this criminal ham.

According to von Herzen PR-acts such as this one have grown in popularity globally. According to him this may be a campaign to improve the public image of the Cannonball MC organization. The aim is to ensure that limitations to the club's activities will encounter as much public opposition as possible.

One such limitation is the prohibition of using emblems, such as the club vest in this case. Motorcycle clubs globally are associated with these and any legilation changes that would make joining the gang less tempting for new joiners. This is an unpleasant prospect for the organization.