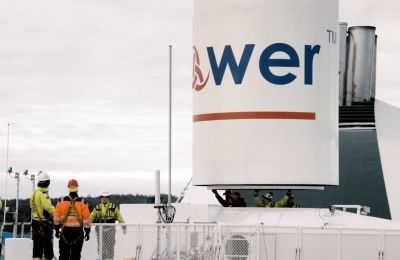 Passengers traveling on the Baltic sea on the Viking Grace vessel can now observe a 24 meter high spinning tube on deck. The structure is a rotary sail, a first of it's kind installed on a passenger ship.

The rotor sail is installed on the Grace is built by a Helsinki based company Norsepower. The cylinder shaped sail uses the wind as propulsion, and reduces the need for the main engine. Viking Grace deployed the sail on the 12th of April 2018. 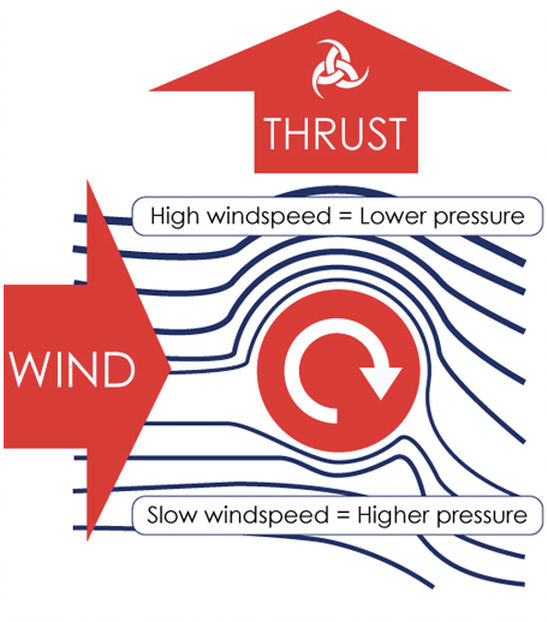 Use of the rotary sail takes advantage of the Magnus effect to fuel and emission savings. The pilot project hopes to save 300 tons of LNG fuel each year. Carbon dioxide emissions are reduced by 900 tons.

In addition to reduced strain on the environment, the rotary sail is a strong financial incentive. On the Grace the Norsepower sails are projected to yield the shipping company Viking Line with savings of 180,000 euros annually. Profits out of thin air.

Norsepower is also working together with Maersk shipping company. One of the company's oil tankers will get two 30 meter rotor sails later this year.

The sails are expected to result in fuel savings of up to 20 percent for the Maersk pilot vessel project, but the average savings are said to be around 10 percent on global shipping routes.

The shipping industry is under pressure to reduce emissions. If rotor ships catch wind on the global shipping market, Norsepower could be entering a market worth some 30 Billion euros. The number is estimated from the 25,000 ships' 1.2 MEUR install cost. Norsepower remains conservative, and pegs it's 2024 revenue target at a mere 100 Million euros.

See an introduction video to the Viking Grace with the Norsepower rotary sail below: