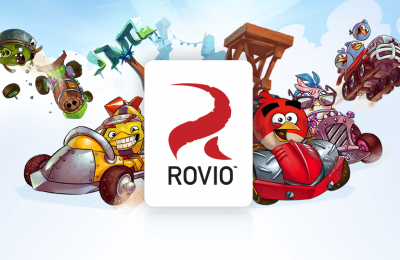 According to the CEO Kati Levoranta the success in gaming signals continued success and growth in the future. During 2017 the company expects turnover to increase significantly compared to 2016.

The initial public offering (IPO) is expected largely to consist of the largest shareholder, Trema International Holdings B.V and certain other significant stock owners' sale of stock. In addition the company considers adding an additional 30 million Euros worth of stocks in it's IPO.

The stock is going to be available for individuals and communities in Finland, Sweden, Denmark as well as for institutional investors in Finland and internationally. The reason for the IPO is to accelerate Rovio's growth strategy and add strategic flexibility.

In addition it will obviously broaden the ownership base, that increases visibility on the market and thus the competitiveness of the company in a fiercely competitive market. In addition the company sees a public stock as an instrument to reward personnel and retain key management. The company's board has approved a target of distribution 30 percent of yearly profits as dividends to stock owners.

Rovio is recovering from a period of financial difficulty

Revenue of Rovio grew from 78,5 Million Euro to 152,6 Million during the January-June perioid in 2017. Profit grew from 6,8 Million to 21,3 Million, resulting in a gross net profit of some 14.0 percent - in comparison to 8,6 percent in 2016. This is following a difficult period where the company's games dropped in popularity, while the company expanded to areas such as Learning.

The company states it is targeting the Games Business Unit to exceed the average growth in the western markets and in total aiming for a 30 percent gross profit margin. According to the chairman of the board Mika Ihamuotila the IPO gives an opportunity for investors of all sizes to be a part of the Rovio success story.

Rovio is best known for the global Angry Birds brand which spun off form a popular mobile game released in 2009. Today the company offers a wide selection of other games. In addition Rovio has diversified and produced an Angry Birds movie that was #1 in box office charts in fifty countries in it's opening weekend. In addition the company licenses the Angry Birds license to products such as candy and beverages.

By the end of June 2017 Rovio games had been downloaded over 3,7 billion times. On average the games have some 80 million monthly active users during the first half of 2017. Rovio is headquartered in Finland and it has offices also in Sweden, United Kingdom, China and the United States of America.