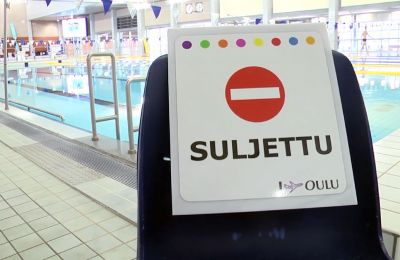 The vandal tormenting swimmers in Oulu attacked again on Thursday morning. The big pool in the Raksila swimming hall was closed after excrement was detected at 09:40. The incident is fourth in the facility in a short period of time.

The excrement was found in the same location as a week ago, when the serial defecator was first reported. Staff quickly collected the material and added chlorine to the pool and the whole three million litres of water is now being circulated at an accelerated pace.

The Raksila swimming hall hosts around 2,000 swimmers each day. Safety is a priority for the staff , so all the activities for the rest of the day were cancelled. Investigation into the matter continues, as security tapes will be reviewed again to try to identify the responsible person.

The fourth incident took place at exactly the same location and day as the previous attack in late April. Next week's Thursday the hall is closed for Ascension day, so it remains to be seen what is the next step in this series. Hopefully the disturbed individual will be caught.