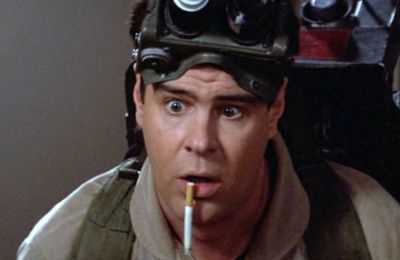 The largest daily news paper in Finland, Helsingin Sanomat, is reporting that a Finnish university study suggests smoking cigarettes and drinking coffee may reduce the risk of getting Parkinson's disease.

A lengthy history of continuous smoking reduces the risk 36-50 percent and drinking coffee regularly another 33 percent. The exact cause behind the phenomena is unknown at this point.

The results are from a study article originating from the University of Helsinki in Finland. The paper considered the latest research on the subject. Reviewing literature and previous study results gave an indication that the above factors are linked to the intestinal bacterial strain composition.

While the etiology and pathogenesis of Parkinson's disease (PD) is still obscure, there is evidence for lifestyle factors influencing disease risk. Best established are the inverse associations with smoking and coffee consumption. In other contexts there is evidence that health effects of lifestyle factors may depend on gut microbiome composition. Considering the gastrointestinal involvement in PD, it was recently speculated, that the associations between smoking, coffee, and PD risk could be mediated by gut microbiota. Here we review such a possible mediatory role of gut microbiota taking into account recent findings on microbiome composition in PD and extending the scope also to urate.

You can find the full paper here: Linking Smoking, Coffee, Urate, and Parkinson's Disease - A Role for Gut Microbiota?

The debate continues. In 2014 another study (Parkinson disease and smoking revisited) reached the following conclusion:

Our data support the notion that patients with PD are able to quit smoking more easily than controls. These findings are compatible with a decreased responsiveness to nicotine during the prodromal phase of PD. We propose that ease of smoking cessation is an aspect of premanifest PD similar to olfactory dysfunction, REM sleep disorders, or constipation and suggests that the apparent “neuroprotective” effect of smoking observed in epidemiologic studies is due to reverse causation.