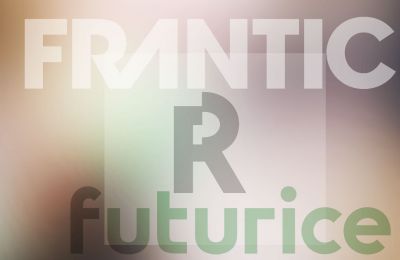 The job market in Finland for Software professionals continues to run hot. Companies are competing for the best talent, recruitment bonuses are often in the thousands of Euros. But how is the compensation for the recruited developers in 2018?

The financial publication Kauppalehti Optio had interviews with several high-profile software consulting businesses in Finland. High ranking chiefs in Futurice, Frantic and Reaktor revealed what they are currently prepared to pay for the best developer talent in Helsinki. Two of the companies, Futurice and Reaktor were listed in the top 50 developer friendly companies to work for.

Before getting down to concrete numbers all leaders state that a good developer will continuously learn and use new tools. Software development technologies and environments change so fast that no single top level developer can rely on a single language or even an environment. Continuous learning is key to maintaining personal competitiveness.

Futurice is a consultancy that operates in Finland as well as in Germany, Sweden and the United Kingdom with a total of some 450 employees. The Helsinki office has some 30 different nationalities and a total of 20 percent of workers are expats. According to Futurice, the net salary for software developers ranges from 2500 to over 7000 euros per month.

Frantic is another consultancy that focuses on building digital services. The company has a long history and has been operating since 1997, but still focuses on the Finnish market. Currently he Helsinki and Tampere offices have a total of 85 employees, whom of which 10 percent are expats. The company states their salary ranges from 2000 to over 5000 euros depending on task.

Reaktor is a respected player in the Finnish market. The consultancy has enjoyed continuous growth for over a decade and has also expanded to cities outside of Finland; Amsterdam, New York, Dubai and Tokyo. With 465 employees, the company is looking to hire more in all offices. Wages at Reaktor start at 3000 € for Junior developers and go up to 7000 € for senior software developers.

All sums are before tax. In addition employees often receive an accumulating a "thirteenth salary" of two weeks payed around the summer season, often called "holiday money".

All three companies are looking to expand operations in 2018 and are currently hiring experience software developers:

Estimates of all companies is that there is a growing need for developers in the Nordic country. Häkkinen from Frantic estimates some 20 000 new developers will be needed by the year 2020. In addition to raw technical skills, design understanding and business acumen is sought after in applicants.

In 2018 the technical trends continue to be driven by mobile development, API development, embedded systems and Artificial Intelligence. In consultancies even high level applicants cannot currently receive five figure monthly net wages, as passing those costs to willing clients would be next to impossible.

Wages in Finland are not stellar compared to markets like the Gulf countries, United States or Switzerland. However, the 37,5h standard working weeks with a five week annual holiday quota can level the pay gap. In addition universal health care and a high level of safety and stability in the Nordic countries is an advantage, especially for families with children.