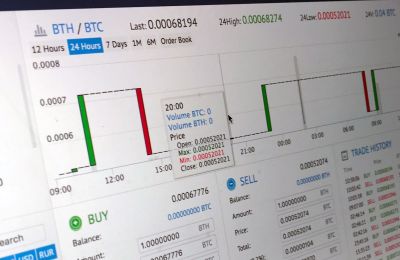 Finnish customs made a large confiscation of Bitcoins in 2016. At that time the virtual currency was worth around 600 US Dollars. Now a single Bitcoin is worth over 10,000, and currently the total seized assets are worth over 20 Million dollars - close to 20 Million Euros.

The State Treasury of Finland has now provided guidance on what government officials should do with the cryptocurrencies in their position. The guidance is for Bitcoins, but should apply to similar virtual currencies like BitcoinCash, Ethereum, Litecoin and Kraken.

Talking to Helsingin Sanomat, Mikko Kannaspunta from the State Treasury said that a public auction is the recommended way to liquidate the assets. In this way the purchaser of the currency is known, and payment to the state is verified. In addition risks related to managing bitcoins are bared by the purchaser.

Virtual currencies do not enjoy the official position of currencies in the Nordic country. If there are large amounts of Bitcoins to be sold, the State Treasury recommends they be auctioned in multiple batches to even out the fluctuations in value of the currency.

Putting the coins on trade in public exchanges is not recommended due to the risks involved in the marketplaces. Cryptocurrencies are not a valid form of payment for the government in Finland, and all the currency in this form come from confiscated property from criminal activities.

The Finnish customs currently posess around 2,000 bitcoins which can be auctioned. A vast majority of them, 1,666, are from a drug related case where the punishment was 10 years and 6 months in prison. The assets were seized in June 2016 when Bitcoin was valued at some 600 USD.

The court ruled the benefits of the crime to be specifically in units of Bitcoins, instead of euros used in the country. This means that the Finnish state can take benefit of the increased value of the virtual currency in comparison to euros.