A Large Number of Televisions Floating in the River 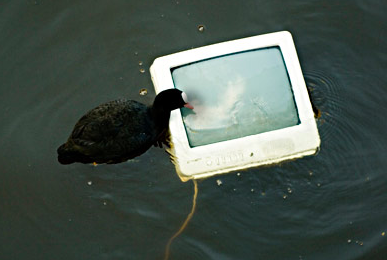 Close to twenty old school CRT televisions and computer monitors were floating in the Kokemäenjoki river.

The police was notified that there were monitors and televisions floating near the Äetsä powerstation.

The police does not currently know who dumped the televisions in the river. Witnesses to the incident are requested to call to the local police (0718747350)