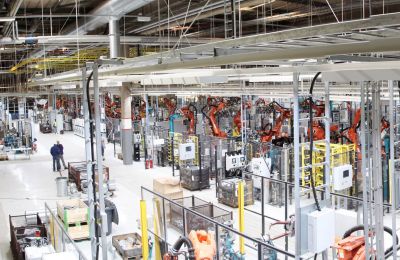 Valmet Automotive is the company running the only car manufacturing operation in Finland. In recent times the factory has been flooded with good news on deals to produce Mercedes-Benz A 2018 as well as GLC SUVs. The good news have failed to result in financial results.

The Valmet Automotive plant in Uusikaupunki is stumbling at rapid increase of production quantities. This is not a positive thing, but hardly a surprise. The process of ramping up yields in such a complex industryr is complex and prone to errors.

Combined with the changing product lines, this can result in significant operational defifiencies over a short period of time. During decreasing production plants are vulnerable to both quantity and quality risks, when stock of parts is growing and suppliers should be paid. But this is easier to manage as it is mostly a financial issue.

Up until now the Uusikaupunki plant has been a prime example for successful scaling of production scaling. Combined with the large recruitment programme the last few years have been challenging and they have largely done quite well.

In fact Valmet Automotive is perhaps the best example of industrial production in Finland. Even Nokia, once considered the master of mass production, faced much difficulties when scaling up production. The nature and sheer mass of materials in the production of Automobiles is a step higher than that of consumer electronics.

In January 2018 Valmet Automotive announced that the current CEO, Ilpo Korhonen, will leave the company. The interim CEO is Minna Huhtaniska, the company's legal director. The reasoning behind the action are said to be operative. Despite growing volume, the financial results have been a dissapointment to the board and investors.

Even though the 2017 year was a financial dissapointment, the company views future prospects as bright. The company expects the Uusikaupunki Plant to yield another production record, as well as continuing to hire several hundred employees. Relations with Mercedes-Benz are also in a good state.

With the changes the company expects to improve efficiency of production for higher results in the coming years. The imminent future of the plant is secured with the production of the much awaited new Mercedes-Benz A Class looming in the horizon. Sales of the German marque's GLC have also been strong, keeping the plant workers busy.

Further acceleration could come in the form of variants of the A-Class, as there is a segment in the premium compact SUV is an area where the competitors Audi and BMW are ahead of the Stuttgart based Daimler AG - the parent company of Mercedes.