Visits of tourists from Asia to Finland on the rise 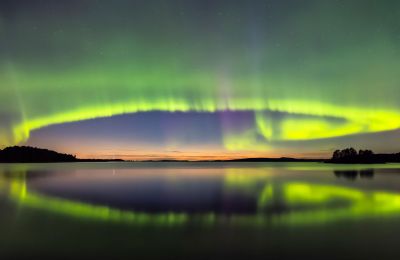 The first half of 2016 promises a bright future for the Finnish tourism industry. In the months from January to May the number of hotel nights spent in Finland grew by 2,6%. A significant portion of this growth comes from Asian tourists.

The largest groups visiting Finland come from Sweden, Russia and Germany. The number of Russian tourists has continued decline and there was a drop of 35,3% year over year. This would have been devastating earlier, but now with the number of tourists from Asia there is hope for the better.

The Finnish capital, Helsinki is the largest tourist destination with August being the most popular month for visitors. The capital region shares the trends with the rest of the country. The number of tourists from Asia is on the rise. Year over year the number of Japanese tourists grew by 29,8% and the chinese by some twenty percent.

Finnair and Visit Finland working together

The Finnish flagship carrier Finland flew 6,4% more travelers in June, compared to 2015. During the first half of the year enjoyed the airline enjoyed an increase of 7,6% percent. According to a company representative the growth comes from Asian and North American routes.

Finnair has invested in the Asian routes for a long time and they have continued opening new routes in the region, the latest being the cities of Fukuoka and Guangzhou. The airline is in close cooperation with Visit Finland, the tourism promotion body of the country.

Together they have created products such as the Stopover Finland packages, which encourages transient passengers to spend a few days in the Nordic Country. Thanks to the efforts interest in visiting Finland is now higher than it has been in years.

It's a continuous challenge to make visitors interested in spending time in Finland, but the Helsinki region is attractive due to it's compact size. There is plenty of cultural events, shopping opportunities as well as clean nature. All of this can be enjoyed even during short visits.

The Asian tourists are often interested in the peace, safety and cleanlines that Finland has to offer. In addition the quirky nature of the finnish culture, ways of life and the society in general spark interest.

« Recycling bottles from the street? Watch out for the taxman! - Finland to host a MotoGP race latest in 2019 in KymiRing, Iitti »