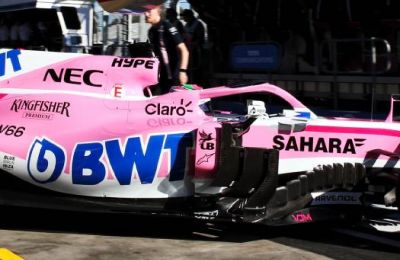 According to news from Auto Bild the Indian Formula 1 team Force India is in a dire financial situation. The team will cease operations within the next few weeks if there is no new funding.

According to Robert Fernley of the Formula 1 team the team only has funds for four weeks of operations. One operator willing to invest in the racing team is British energy drink company Rich Energy. According to Express newspaper the company has made an offer of over 230 Million euros for the struggling team.

Force India is owned by the scandalous rich man vinajy Mallya. He has been thought to be short on cash an looking to sell the team. He is accused of serious financial crimes in India where the state has confiscated his belonings.

Mallya, also known as the King of Fun previously had the Kingfisher airline, which went bankcrupt because of 1,2 Billion Euro debt. In addition the man is accused of money laundring, but the 62 year is going on with his plans to marry an-Kingfisher stewardes in the UK. The other owner of Force india, Subrata Roy is currently in jail for financial reasons.

The potential of the team is considered good, despite the financial issues. The team operates with a budget of less than 100 Million, and has proven to be able to compete for top spots. India has had tough luck with Formula 1 and finances as it's own Buddh International track has been closed for a long time because of tax disputes.