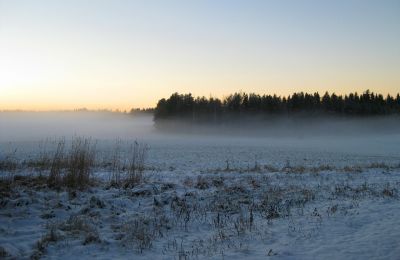 In Finland a seventy year old man was shot dead on a field following an argument. On Thursday the court started processing the murder case that started from an argument over the rights to use a road.

The deceased lived near the Munkkala shooting range near Porvoo in Southern Finland. He did not like the use of the road leading to the shooting range and repeatedly put up obstacles to block cars from driving on the road. In October 2017 the accused killer had come against one of the obstacles and was in the process of dismantling it together with another man.

At this time the 70-year old appeared wielding a pair of pruning scissors. Aggressive yelling by both sides was done, and eventually the 48-year old defendant popped the trunk of his car and grabbed a rifle. The deceased then started running away, but was shot in the lower back. The man died in minutes.

After the event the killer threathened his partner to keep his mouth shut. He then continued his evening as planned, by going to the movie theather. Later the same night he handed over his five guns to a friend for storage. The victim was found the next day when a visitor to the shooting range noticed the body in the field.

He reported his finding to the police who found rifle shells from the location. The shells contained DNA from the defendant, who admitted that he caused the death. According to the killer he only meant to scare the man and aimed at a large pine tree. The man who was with the killer at the time is considered a victim, and not an accomplice to the crime.