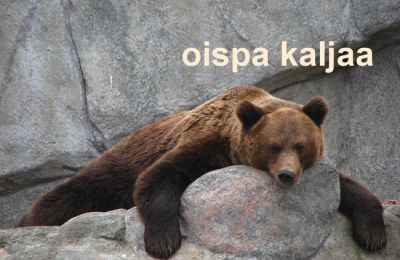 During some unusually warm weather in early May 2016 a Helsinki Subway driver put the text "OISPA KALJAA" to the display in the Metro train.

The term is a meme that refers loosely translates to "I wish I had beer" and was a common meme in Finland in 2015 and early 2016. The short version "OISPA" works just as well.

Someone snapped a photo of it and that picture went viral. It was widely reported in a number of news outlets. However management at the Helsinki Regional Transport was not amused. The message from the thirsty metro driver soon escalated within the organisation. 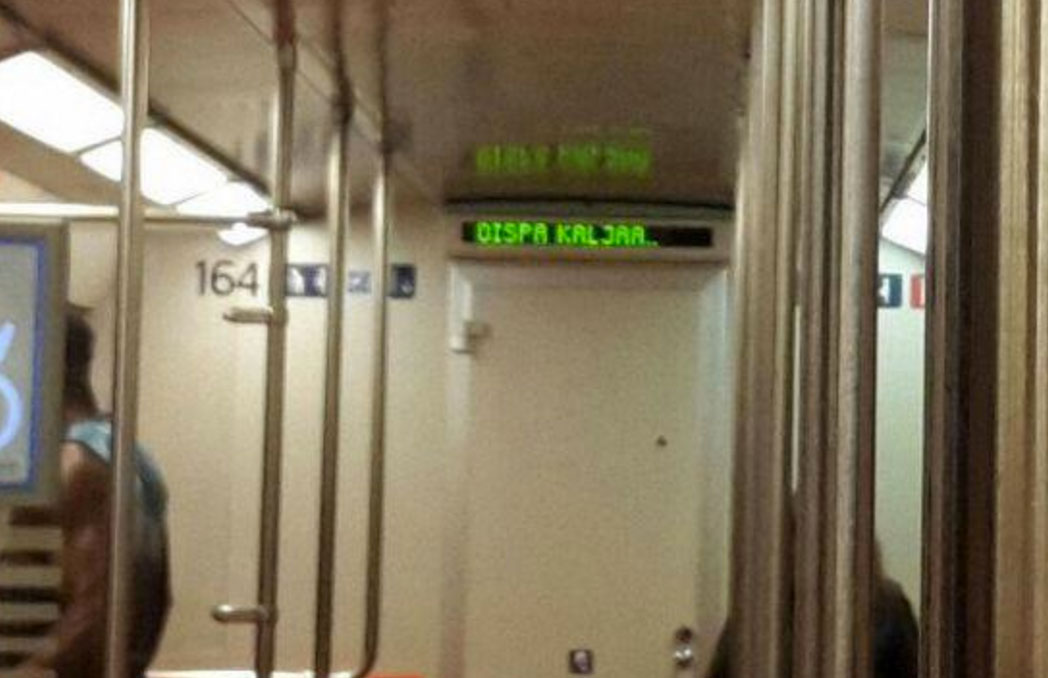 There were also rumors in the public how the driver got a significant bonus or a salary raise due to the incident. These were apparently false as HRT was quick to curb the rumors and sent out a public announcement (translation below) on the case and how it was handled internally.

Some examples of the "OISPA KALJAA" meme from the internet: 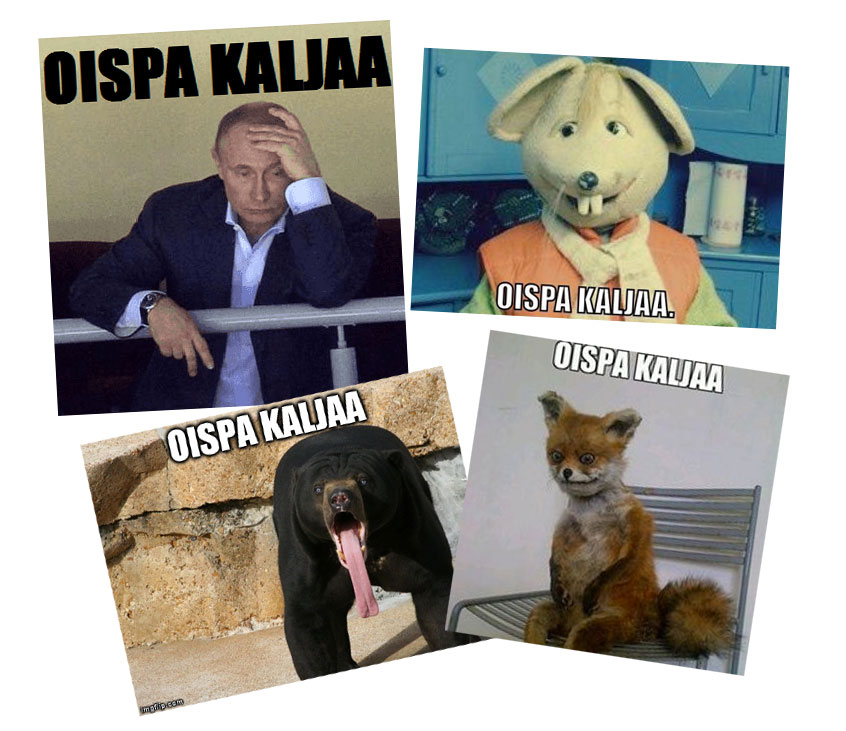 That sunny day certainly escalated quickly for one person.

Last week's turn of the line of traffic, have been presented to the subway train to display the text "OISPA KALJAA". The case has received a lot of publicity in various media. For this reason, HKL wants to openly tell how the matter is treated with his own staff. Below CEO Ville Lehmuskoski Monday 9.5. writing HKL staff.

HKL rose strongly last weekend raised in public debate, inter alia, in Helsingin Sanomat and social media. On Friday evening, the bus transport was the metro was shown on the screen the text "OISPA KALJAA".

Humor is also HKL's operations important and a good starting point. With humor and good customer service anyway we will do better urban everyday life. I think it's great that HKL staff strives to brighten up everyday life. It is certainly the case that HKL employee is in this "OISPA KALJAA" event had a twinkle in the eye and mean good.

Humor to the general public, however, is a very delicate art form. HKL passengers for all city residents, including young children, teens, seniors, representatives of all religious beliefs, the use of alcohol in different ways and different attitude elämänfilosofioita follow. We want to respect them all.

It is what it is as a private person is suitable to present to the public, may not be suitable for a large public organization - such as HKL - Representative. a positive attitude towards the use of alcohol is definitely something that HKL can not do.

Safety is a very important issue in public transport. our communications on alcohol is particularly important in relation to road safety and operations, large numbers of people to go underground and tram services operator. It is very important that the townspeople transmitted to the understanding of all situations responsibly operating HKL. Under no circumstances the traveler must not become a notion that HKL driver even toying with the idea of ​​attending to his duties under the influence of alcohol.

Humor is an important issue for both passengers and staff well-being. Humor is a life HKL has to continue! However, humor is selected and the shapes so that they do not offend anyone, therefore, considered to be a twinkle of humor - but responsibly.