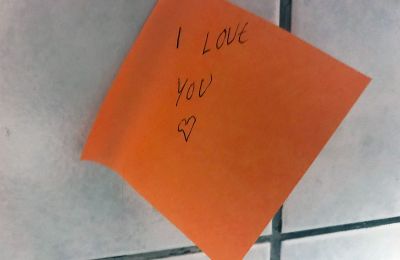 The cultural centre of the city of Kemi has created Tärskytoloppa, a method to match people who are looking for a relationship or just new friends for hobbies.

The social media which runs on Post-it notes with handwritten notes was created with a twinkle in the eye. It has gained popularity among the young residents of the city of Kemi located in Finland, a country where youth mobile data use is highest in Europe.

Instead of electronic messages, matchmaking is made with post-it notes attached to a concrete pole. The use of paper and pen yielded surprising results. The service unofficially known as Keminder, is especially popular among the youth of the city. It seems they have been missing a physical communication method in the digital world.

The analog alternative to Tinder was set up in the Kemi Cultural Center building. It is simply a concrete part of the building that has many colorful Post-it notes. Each of the notes has a handwritten message that seeking company or just sending helloes to a certain somebody, or as some Keminder user says:

I miss you and I want to hug you more than anything!

The idea was created by theater secretary Ismo Perkkiö and Venla Kakko, the duo talked to Yle in February 2018, and said there were many people looking for company but there was difficult to form connections, even in a city with some 21,000 inhabitants. All messages are public, and it gives a layer of mystery to the messaging.

The service has now been running for two weeks and Tärskytoloppa has collected tens of handwritten messages on Post-it notes. The social media platform does require some maintenance and Perkkiö and Kakko routinely keep up the supply of of notes and pens.

Despite the amount of electronic communication apps like WhatsApp, Facebook and Instagram, finding new friends or possibly a loved one to form a life long relationship is not simple. It might be that similar to vinyl records' popularity in the recent years, the new generation is missing a more humane way of social interactions.

While the Nordic country proceeds with improvements to it's digital infrastructure it may be that the Finns are looking to get back to the basics for forming new relationships.