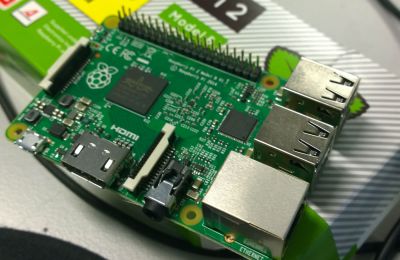 It's been over two weeks since a Finnish business man was found dead in a hotel foom in Uganda's capital Kampala. The man trading arms and security equipment was visiting the country with ex-minister Suvi Lindén, but the reasons behind the visit remain unclear.

The death has caused a brouhaha in Finland and Uganda. Three directors have been let go from state owned defence equipment company Patria. The deceased was licensed to market Patria arms in Uganda and Mozambique.

Meanwhile the investigation has proceeded and the cause of death has been determined. The 41-year-old male died of lack of oxygen. The toxicology report shows there were traces of cocaine and pesticide in the body. The Uganda case is now a murder investigation, but it is still not certain that the case was a homicide.

In other strange events, a Ugandan reporter covering was abducted by Ugandan government. The reporter, Charles Etukuri has since been released. The mystery around the case continues to intrigue conspiracy theorists, especially as Suvi Lindén - a former minister and UN envoy was accompanying the business man.

Current Finnish prime minister Juha Sipilä commented that he has no knowledge of why the ex-minister was visiting the country. Sipilä was, however, satisfied by the actions taken by Patria to communicate and clear the case for the arms company. In an audio recording Lindén revealed that the dead man, Tuomas Teräsvuori, was in the country to market surveillance equiment.

Uganda a growing market for telecomms and surveillance gear

The deceased entrepreneur entered the country with a forged invitation letter from the Ugandan security chief Frank Kaka Bagyenda. Lindén stated that he was on the trip to find business opportunities, it is speculated that the former United Nations representatives purpose was to provide additional credibility.

The reasons behind the visit have been said to be related to telecommunications, and that there was no direct relation to Patria products during this visit. Suvi Lindén is involved in the operations of an international investment company NxtVn. The company states to build data centers around the world.

Finland has gained popularity as a location for data centers, but NxtVn has not invested in the country. It is possible that Lindén could have also marketed NxtVn ventures during the joint trip with the defence, surveillance and cyber security monger.

In the fake invitation letter Teräsvuori also listed other companies than Patria. Nammo, Bittium and Nordic Security Alliance were companies listed as partners. Each of these denied any affiliation with the business man, who likely just listed companies that could be interesting to buyers in the African country.

It seems plausible that the man was just trying his luck to see if there would be money to be made in the fast growing country of Uganda. The country is ruled by iron fist by president Yoweri Museveni, and there is a strong demand for surveillance equipment and communications gear.