Airplane triggers lightning, burns down a house in Finland 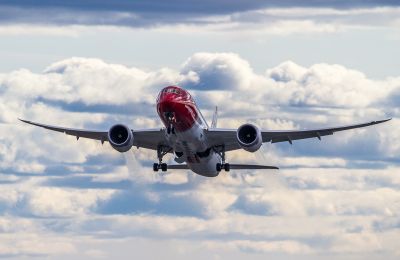 Finnish Meteorological Institute experts claim that an aircraft approaching the Helsinki-Vantaa airport in Finland triggered a lightning bolt that set a house on fire. Evidence points that a Norwegian Boeing 737 arriving from London on was indeed the reason for the freak accident.

It sounds unbelievable, but according to the route information the same lightning bolt hit both the air craft and a house in Espoo, Finland. According to probabilities this is true, says meteorolog Hannu Valta from the Finnish Meteorological Institute.

According to time, location of incident and the path of the aircraft the same lightning hit both the house and the aircraft at 13:53 Saturday 23rd, 2015. According to the observations done in Finland it has been recorded that in cold air thunderstorms airplains can trigger them, Valta contnues.

The thunderbolt can reach all the way from the cloud to the ground. The exact cause is unknown, but the experts have narrowed it down to to options; The metal fuselage of the plane or the ice crystals that form from the water vapour generated by the hot exhaust.

Cold air thunderstorms are usually not very prone to generate lightning. Individual events are rare and according to statistics the area of Southern Finland only had three lightnings during Saturday afternoon. If the aircraft would have not entered the cloud there would have probably been one less.

According to the residents in Lippajärvi, Espoo the area also experienced a strong halestorm at that time. According to Valta the sun radiation levels are already high in Finland and match that of the 20th of August or so. With these radiation levels the atmosphere is instabile all the way up to 5-6 kilometres.

This generates the same kind of conditions with storm clouds and thunder storms that occur during summer afternoons. However, there is a significant difference between the conditions. In the cold air mass the internal resistance of the cloud is smaller.

In the summer the lightning would eventually occur naturally, but in these conditions they would not occur at all by themselves. In these cases an airplane can indeed cause lightning and in this unfortunate case - the burning down a house.