Apartment prices on the rise in Finland while construction boom continues 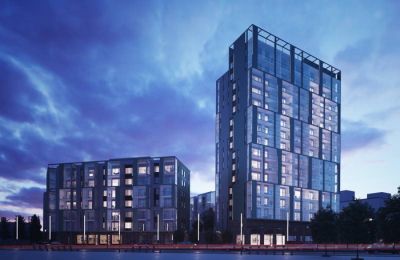 The rise of prices is supported by low interest ratest, right confidence of households and the continuing urbanization. In addition rising rent prices make purchasing an apartment a continuously appealing option for city dwellers.

The data comes from a Hypo market report on the Finnish real estate. Hypo is the only credit institution that specialises in housing. The institute believes that while prices are rising they are still in balance and there are no signs of a bubble.

Summer of 2016 has been the most active summer in real estate markets since 2012. Plenty of new mortgages are taken and the households remain confident, regardless of rising risks elsewhere in the form of terrorism in Europe and the looming exit of Great Britain from the European Union.

New construction is also at record pace and it's especially visible in Helsinki and around the metropolitan area. According to Hypo "Finland is now being rebuilt for the requirements of tomorrow" as most of the construction is in the form of compact city homes (see Finland is the land of single households).

Since the beginning of 2016 over 7000 new apartments have entered construction, 3000 of which are in Helsinki or surrounding cities such as Vantaa. This is the highest rate of construction in the 20 years Hypo has been collecting statistics.