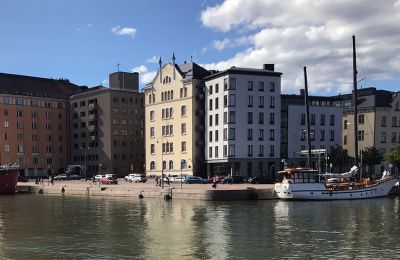 Because of the interconnected economies and financial systems the deflating housing market bubble in Finland could affect Finland and the other Nordic countries. The estimate comes from three Bank of Finland economists' joint blog post.

The over heating real estate market and the ever growing debt of house holds has been a constant worry in Sweden. The BoF economists Kimmo Koskinen, Helinä Laakkonen, Hanna Putkuri and Eelo Törö remind that Finland and Denmark are both countries who the European Union gave a warning on unstable housing markets in December 2016.

In the autumn of 2017 the long run of climbing apartment prices in Sweden was cut, and prices began to go down. This has added worries of a strong corrective effect, that could affect the whole Nordic financial markets. All of the Nordic countries are small countries, that are dependent of exports.

Even though the Nordic states, banks and insurance companies are financially stable - all of the economies are interlinked and unstability in one country can cascade into the otthers. According to the economists it should be noted that Sweden is also an important trading partner, so a cooling Swedish economy will affect Finland as well.

In 2016 Sweden accounted for 10,7% of goods exports from Finland. This figure was 11,8% for Denmark and 6,4% for Norway. In addition to real economy, the financial links are also strong. Three out of the four largest banks operating in Finland are branches of Nordic banks: Nordea, Handelsbanken and Danske Bank.