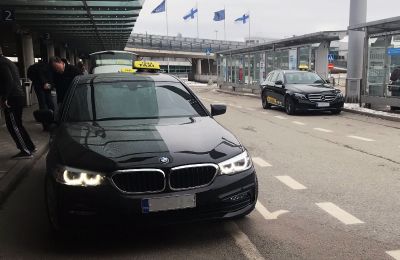 Finnish national broadcasting company Yle created a list of all car makes that received the most speeding tickets out of the top 30 brands. When put into proportion to the number of cars on roads in Finland, three German manufacturers topped the chart: BMW, Audi and Mercedes-Benz.

Automatic traffic monitoring cameras fined every third BMW and every fourth Audi and Mercedes. The result is do not surprise Police traffic safety center director Dennis Pasterstein. The three German brands have been top-of-fines for years.

The trio of teutonic chariots are especially prominent in cases of significant speeding, meaning over 20km/h. It seems that the price correlates with the amount of fines. Owners of expensive cars in general drive faster. All three speeding prone German makes have a reputation for being for "real men", but the numbers may not be driven by testosterone alone. A factor in this could be that Audi, BMW and MB all get higher than average yearly mileage.

On average the three makes get over 20,000 kilometers each year. Also, Mercedes-Benz and BMW have been found to be reliable enough for professional use, and a lot of taxi companies use these brands. Audi is less common, maybe a tell tale of the sacrifices done by the Volkswagen Audi Group in mechanical engineering to the altar of market share.

If you factor in speeding tickets per driven kilometer, then the American makes Dodge, Jeep and Chevrolet get the most fines. Japanese cars such as Mitsubishi, Nissan and Toyota are popular, much driven but rank low in ticket statistics. This could be a signal that users of these vehicles use it mostly as a tool to get from A to B safely and reliably. The results for why Finnish owners of cars with American brands tend to drive fast is a mystery.