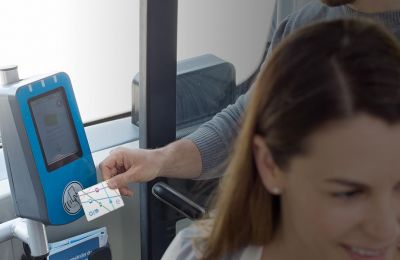 Pricing of regional public transport will change in 2018. In the renewal the grounds for prices change for over a million passengers in Espoo, Vantaa and other municipalities in the greater Helsinki region. For most commuters pricing changes will be neglible, but some can reduce their travel cost.

A new pricing system that will blur municipal lines will come into effect in the later part of 2018. Instead of being split by municipality, the area will be split into four pricing zones (A, B, C, D) that are not strictly defined by city limits. The price of a ticket will be roughly defined by how far the point of departure is from the Helsinki city center.

The zones were defined five years ago, and it was originally planned that the new zones would be in use in 2016. The venture has been delayed by issues in the new ticket and information system. The work is now entering the last stretch as only 10 buses from a total of 1,400 don't yet have the new ticketing equipment.

Notable practical changes are that Eastern regions Espoo (Leppävaara, Tapiola, Otaniemi, Matinkylä) Southern regions in Vantaa (Myyrmäki, Martinlaakso, Pakkala, Länsimäki) will now be included in the same region as Helsinki city center. This is the first time that the Helsinki University and Aalto University Otaniemi campuses will be in the same public transport region.

The exact time or fares for the new pricing scheme have not been announced. Ticket fares will be defined by the effects of lowered mobile ticket prices, as well as the levels that Espoo public transport averages now that the Länsimetro western Metro line has been in use for some time. In addition timing is defined by service peaks, such as student tickets in August. 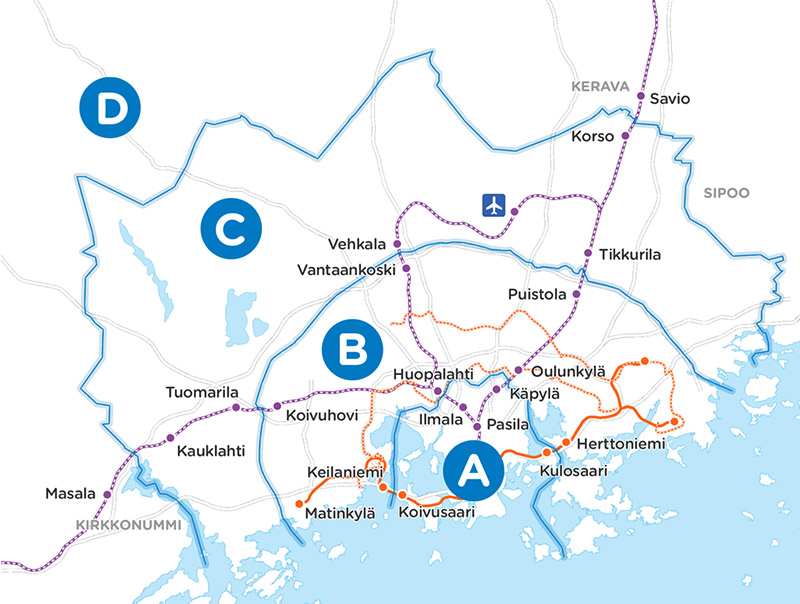 It has been defined that the two largest zones, AB and BC will be equal in prices. The ABC zone ticket price must be roughly equivalent to the current Helsinki-Espoo-Vantaa wide "Seutulippu".

A total of 50 percent of the 1,2 inhabitants of live in the B zone. Some these users will be able to lower their prices if they travel from specific areas of Espoo to Vantaa and don't need the Helsinki ticket at all.

Politicians in Espoo and Vantaa have been disgruntled by the new pricing scheme and would've liked to have a flat fee for all major cities in the area. This would have meant a price in Helsinki internal tickets, which was unacceptable to Helsinki decision makers.

« Edward Snowden: Finland working together with the NSA as early as 2004 - Municipality deploys an official local electronic currency in Sysmä, Finland »