City of Salo interested in the HyperLoop test track 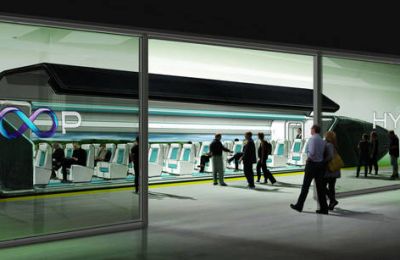 The city of Salo in Finland is trying to attract the Hyperloop test track to the city. The technology is based on a large vacuum tube track which allows trains to travel in excess of a thousand kilometres per hour.

The head architect of Salo, Jarmo Heimo explains the reasoning:

One possible route would be from Stockholm, Sweden to Helsinki, Salo. According to Jarmo Heimo it would be fastest to start with the section from Salo to Turku. There is plenty of traffic between the two cities and is faster to implement.

The Hyperloop One company plans to open cargo services in 2019 and passenger services from 2021. At this point the company is mapping cities and regions that would pioneer the new form of travel. Decisions are deemed to be reached in September 2016.

One option of the first Hyperloop route could be a track from Stockholm to Helsinki. Using the technology the travel between the two nordic capitals would take only 25 minutes. Before cargo and passenger services on a dedicated test track must be done.

Hyperloop One is planning a three kilometre test track to Nevada in the United States. The company will also need a test track between two cities. One possibility is the Turku-Salo route which would only take three minutes to travel.

This would be a major win for Salo. Known as the birth place of the Finnish Mobile Phone business, the city has suffered in the cuts done by Nokia and Microsoft. At worst unemployment hit 17,4 percent, but has since leveled to around 15.

According to the promoters of the venture Salo has the suitable resources and infrastructure to develop, research and organise advanced technologies such as the Hyperloop. At best the track would merge Finland and Sweden into a single large economic zone.