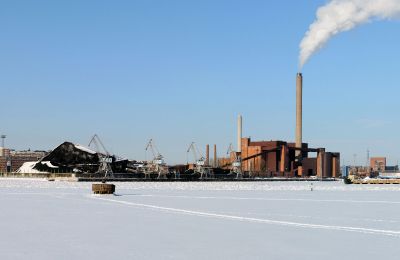 The cold weather in March in Finland increased the use of coal by 21% according to Statistics Finland. A total of 1,2 Million tons was used for electricity and heat production.

The amount of coal burned in Finland varies a lot by season as well as year. Most of the fluctuation is caused by changing use of electricity and heat depending on the sason. In addition to the local conditions, the amount of water available at hydroelectric plants in the Nordics cause changes in the price.

The Finnish parliament stated that the country will go coal free by 2029. This means that coal burning plants will need to be replaced in eleven years. In the capital investment heavy energy industry that is a short period. This will cause significant changes in energy production in the country.

As an example, the Helsinki energy company Helen, continues to rely heavily in coal. The company continues to generate 60% of it's heating using coal. For electricity production the figure is a third. A third of all of the 3,2 million tons of coal was burned in Helen plants. The company has earlier planned to close the Hanasaari coal fired plant in 2024, which will half the use of coal.

The Salmisaari coal plant wil likelyl continue to operate on coal as long as it is permitted. Investments into alternative energy such as solar and and heat pumps are done, but these technologies cannot replace coal completely. If no significant changes are done, it is likely that the coal powered power stations will burn wood pellets in the future.