Cryptocurrency Ponzi OneCoin on the verge of collapse after Police raid 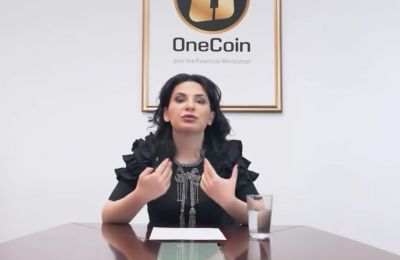 Svenska YLE in Finland is reporting that authorities have raided the headquarters of OneCoin cryptocurrency in Bulgaria. The raid was a joint effort between local police, German police and Europol. Now it seems the main suspects have fled the country.

The cryptocurrency OneCoin surfaced in 2015. Some have considered it to be a ponzi scam from the very beginning. This was the reasoning for the authorities as well, they are now investigating OneCoin as a ponzi scam.

The Wikipedia entry for OneCoin describes the currency as follows:

OneCoin is a Ponzi scheme promoted as a cryptocoin with a private blockchain. It is promoted by offshore companies OneCoin Ltd (Dubai) and OneLife Network Ltd (Belize), both led by Bulgarian Ruja Ignatova.
- OneCoin

Interpol suspects there is organized crime, money laundring and even funding of terrorists related to the currency. It is estimated that some 3 Million people have invested in OneCoin globally, with some twenty thousand of these in Finland. Some of the organisers have also been Finnish citizens.

In the case of OneCoin there is no faul play when it comes to the blockchain technology running Bitcoin, Bitcoin Cash, Ethereum, Litecoin and other cryptocurrencies. This is a pure old fashioned pyramid scheme that has been repeating over and over again since the 1920s when Charles Ponzi executed the first widely known large scale pyramid scam.

There have not been reports of OneCoin to the authorities, which is typical for Ponzi schemes. Investors don't feel like they are being conned, but feel like they are part of a successful investment operation - in Finland a similar case was the Wincapita scam. Investment packages sold to OneCoin investors have ranged from 100 to 55 000 euros.

In Finland there have been plenty of words of warning from blogger and IT specialist Petteri Järvinen. He has given warnings about the OneCoin scam for three years, but his words have not been heard. It has not been an interesting topic to the Finnish authorities or the mainstream media. Järvinen is now satisfied of the activities the authorities have taken.

Investors in pyramid ponzi schemes typically loose all their investments - in this case the membership in the OneCoin will yield substancial financial losses to over 3 Million people. The scheme has attracted investors from at least from the United Kingdom, Ireland, Italy, USA, Canada, Ukraine, Estonia, Lithuania and Latvia. This is a massive number, and a reminder to all that what seems to be too good - probably isn't. Just like the Madoff scheme.

Video of the OneCoin raid in Bulgaria

The Bulgarian police have released the following video: