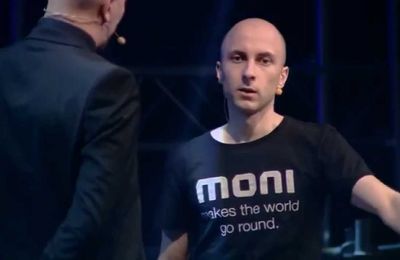 Finnish software developer Martti Malmi bought a beer from a friend in 2010 for a hundred Bitcoins. That beer would now be worth 1,5 million Euros. At one point Martti held some 55 000 Bitcoins in the early 2010's, that would be worth around a Billion Euros today.

"I would be one of the richest people in Finland if I had held on to them. It does sometimes does cross my mind, but I'm doing fine as it is". In May 2009 Malmi found the Bitcoin source from the Internet, he had been looking for an alternative currency. He was intrigued by the promise of Bitcoin.

Soon after, he contacted Satoshi Nakamoto, inventor of Bitcoin, and soon started to contribute to the project. He built a website and an onlin forum for the currency, improved the core source code, made user interace improvements and enabled the cryptocurrency to be usable by Linux users.

Malmi tells that in the early years of Bitcoin they were used rather carelessly. Among other things he bought a beer from a mate at a bar in the student village of Espoo University of Technology for 100 Bitcoins, now (in December 2017) worth over 1,5 Million Euros.

At the time the Bitcoin currency was a novelty that allowed people to make verified transactions without a banking system. Since that time the currency has become mainstream and price has soared from 752 Euros to over 17 000 Euros in 2017.

Currently Bitcoin is a largely speculative asset as limited real life transactions can be made with it, which is in contrast to what Martti Malmi and other early Bitcoin enthusiasts envisioned of the electronic currency.