Did you know the second longest tunnel in the world is in Finland? 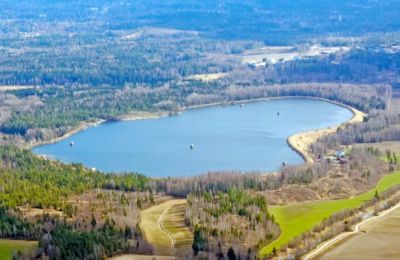 Over a million Finns get their drinking water from the second longest continuous underground bedrock tunnel in the world. It is the called the Päijänne water tunnel in Southern Finland and it is a 120 kilometre long artificial acqueduct.

The structure carries raw drinking water to Helsinki, Vantaa, Espoo, Kauniainen, Hyvinkää, Järvenpää, Kerava, Kirkkonummi, Sipoo and Tuusula. The tunnel travels at a depth of 30 to 100 meters underground, with and covers area of 16 square meters.

Each year over 100 Million cubic meters of water travels through the acqueduct. The maximum capacity is 12 m³/s, but the average is a mere 3,3 m³/s. The tunnel is also used for electricity production, with the Kalliomäki powerplant generating some 6-7 GWh of electricity to the grid.

History of the Päijänne tunnel aqueduct 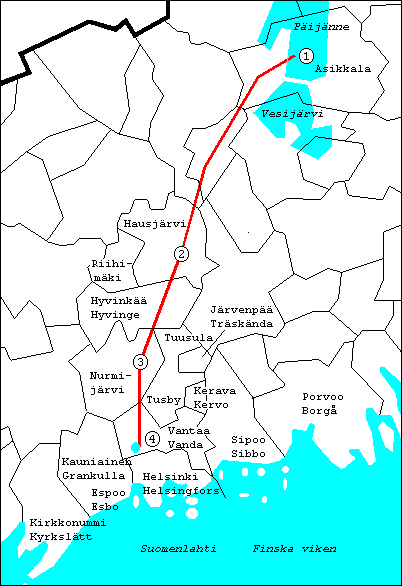 The tunnel spans from the natural Päijänne lake to the reservoir late of Silvola in Vantaa. Design started in the 1960's, when the River Vantaa was estimated to deliver enough water to the capital region.

The tunnel travels through the bedrock in Finland. Construction started in 1973 and were completed in three stages - the last one ending in 1982. The total cost of construction was 235 Million euros (adjusted to 2017 prices).

The Päijänne water tunnel has been overhauled twice in 2001 and 2008. The next expected overhaul isn't scheduled for another thirty years.

The longest tunnel is in NYC, but soon in China

The longest tunnel is located in the United States of America. The Delaware aqueduct spans 137 kilometres and was completed in 1945. The diameter of the tunnel is 4,1 meters and it brings half of the water to the metropolis. See the full top ten longest tunnels in use in the table below:

China is constructing a build a tunnel that will dwarf both the Delaware and Päijänne tunnels. The Yunnan tunnel will be 600 km once complete. In addition a thousand kilometer long tunnel is in planning stages - this tunnel would span from Tibet to the sand desert of Taklimakan.