Estonia the first country in Europe to legalize Uber 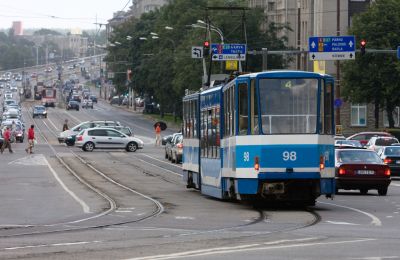 Many countries around Europe and elsewhere have struggled with Uber, a ride sharing service from the US. In the continent where Taxi unions and other bodies have strong positions, there have been absurd side effects for Uber in Finland and elsewhere. Now the Estonian state has solved this by legalizing Uber in the country.

Estonia is the first country in Uber that fully legalizes Uber and other ride sharing services. The decision was made easier by the fact that the state has come up with a solution how the income from these services can be taxed easily.

Uber, apartment sharing service Airbnb and other similar companies operating in the sharing economy have faced significant resistance in multiple countries. In many countries like Spain some of these have outright been banned. The established institutions embedded in the hotel and taxi businesses have accused the companies of tax evasion and unfair competition.

Estonia, a leader in the digital economy, on the other hand has supported sharing economy statups. The Estonian government has worked together with the companies on tax matters. Now the country has reached a tax deal with Uber, the US based ride sharing giant.

Starting from February 2016 Uber drivers can participate in a system where Uber sends the tax data directly to the Estonian tax office. The tax and customs chief Marek Helm told Reuters that the state suggested this to Uber. The company itself was not aware that the Estonian taxation system was capable to do this.

In Estonia over 95 percent of the population report their taxes online. The tax slip is prefilled with wage and bank data, similar to the way that it is in Finland. According to Reuters the tax report can be done in ten minutes and the decision of tax returns is made within ten business days. For many countries this can be considered as lightning speed for taxation.

The legalization is still pending on a parliament vote that is due in November. The vote is expected to pass without much resistance.