Estonian and Finnish languages are similar, but quite different in practice 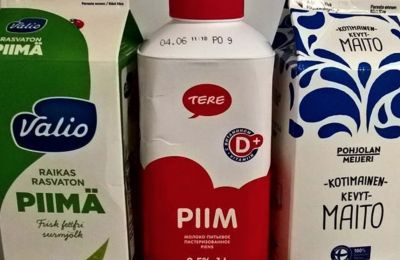 Estonian and Finnish languages sound very similar, but over time the two languages have grown apart. Many words have changed form or changed meaning - this can results in misunderstandings in common discussions.

Many languages spoken in the Baltic sea trace back to a language known as Proto-Finnic. They split apart a few thousand years ago. Over time they evolved to the languages spoken today; Finnish, Estonian, Ingrian, Livonian, Karelian and Vepsian.

Many words in Estonian are the same as in Finnish, both in meaning and spelling. For example words "meri" and "ilves" translate to "sea" and "bobcat" in both languages. A lot has changed, and some words have mutated, for example Finnish words "ilma" (weather) and "eilen" (yesterday) have been shortened to "ilm" and "eile" in Estonian.

The form and meaning of words can also be confusing. For example "jano" and "janu" both mean "thirst". But "piimä" in Finnish means sour milk, where as the Estonian word "piim" means milk. Both are milk products, but picking them up in the store will yield a surprise to the unsuspecting punter.