"Finland could employ some 2000-3000 developers immediately" 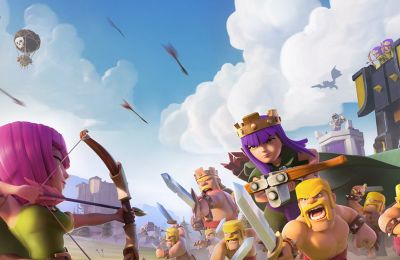 In an interview of Tekniikka & Talous magazine, a start up investor says that Finland could employ 2000-3000 foreign developers right away. It is currently hard, if not impossible for a startup to employ a skilled software developers and the process for employing foreigners is simply too heavy.

Timo Ahopelto of Lifeline Ventures estimates that Finland could hire 2000-3000 talented software developers immediately. He demands that the bureaucracy of immigration must be dismantled. According to Ahopelto this is a limiting factor for Finnish companies to employ talent from abroad. The Finnish labourmarket is lacking skilled software developers, but the recruitment process of hiring candidates from outside the EU is too laboursome and time consuming for many companies.

Finland is not unique in the lack of skills as the digitalization takes the world by storm. So many industries are evolving at a rapid pace, that there is a global lack for talent. This is not limited to software development alone as domain experts such as banking specialists are hard to come by. From technologies, experts are particularly hard to come by for React.js and Angular 2, both popular JavaScript technologies.

Ahopelto feels that the bureacracy is hindering the growth of the Finnish economy. For example the mobile games company Supercell employs a person that focuses on helping prospective employees move to Finland. The gaming company behind record breaking titles such as Clash of Clans and Clash Royale must soon look abroad to get the talent it needs.

Finland and challenges in global recruitment

The complex legislation is not the only challenge for bringing in talent to Finland. An obvious factor is that Finland is a rather small market and companies from countries such as Germany, United Kingdom or the USA can afford higher salaries. The Finnish society on the other hand has some unique advantages such as the stability, social peace and an excellent education system.

Attracting top talent to relocate Finland is not a new challenge. Nokia faced similar issues even in it's heyday - it's not easy to get the exceptional few to the Nordic country. This is believed by some to be one of the factors behind the company's downfall. Once the largest mobile phone manufacturer's in the world based it's business in superior logistics.

As device building logistics advantage faded and was replaced by software craftmanship, Nokia could no longer compete. Now US based operating systems Android and iOS form a duopoly in smartphones. Former Nordic giants Ericsson and Nokia both exited the market.

Estonia, the southern neighbour of Finland, is much more nimble in it's job policies. In the baltic country employees can be hired for a trial period without bureaucracy. Official arrangements are required only after the decision to hire permanent employees is made. This is a significant advantage in the race for talent. Estonia in general has open attitudes and just recently became the first country in Europe to legalize Uber.

The Finnish government is aware of the situation. It plans to take action that aims to ease the recruitment of foreigners. The country looks towards adopting the Danish model where an employee of a company deemed "innovative" can get a residence permit at an accelerated pace. A similar policy is in place at least in the UK, Spain, France and Ireland.

A draft of the change to the legislation is currently scheduled for the Fall of 2017.