Finland sets target to a zero emissions economy by 2050 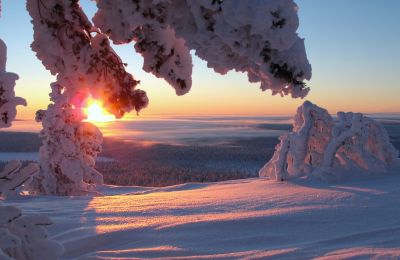 On November 24th 2016 the Finnish government published their energy and environment strategy. This provides an outlook to the country's future to the year 2050, when the country has moved to carbon neutral energy production.

The strategy has been prepared for a year and contains a number of action points how the nordic country plans to do it's part in fighting climate change. In addition the government aims to reduce dependency on energy and balance it's current trade decifit.

The document lists a number of concrete actions leading to the year 2030 and also contains plans beyond that year on how to reach a zero emission economy. The plan contains scenarios on how Finland could abandon fossil fuel completely and how all energy would be produced either with renewable sources or nuclear power.

The Finnish minister of trade, Olli Rehn, also wants to focus that while there are concrete plans only until year 2030, it sets the framework for a carbon neutral economy in Finland by 2050.

First steps towards a carbon neutral energy by 2030

The most important environmental policy in the country is the Paris agreement, in which Finland has agreed to do it's part to keep global warming under 2 degrees. The European Union have agreed to reduce greenhouse gas emissions by 40% from the levels in 1990. Renewables must make up for 27% of total energy production and energy efficiency is targeted rise by the same 27%.

In it's plan the government targets renewables to account over 50% of energy production in 2013. The use of imported oil and coal should cease by the same year. At the current rate the country is already on the track to 47% of renewables by 2013, so this target is completely achievable.

The challenge with renewables is the subsidies it requres. Currently the production of renewable energy sources is highly subsidised and expensive for the tax payers. In addition is some controversy on the health effects (?) over wind energy, so that will require a comprehensive study programme.

Transportation is a large source of pollution in the relatively large and sparsely populated country. EU sets targets of reducing transportation emissions by 39% by 2030, and this will mean cuts to both private and professional transportation of goods and people. Currently the target is well out of hand, so the country will need to take drastic action.

Primary focus is on how to renew the country's aging fleet to newer low emission ones. Currently the country has less than a thousand electric cars, and to meet the emission targets there number must rise significantly.

« The ASMO USB charger wastes no energy; turns off when not in use - The Finnish flagship carrier bets on digital—70 new digital expert jobs »