Finland to host a MotoGP race latest in 2019 in KymiRing, Iitti 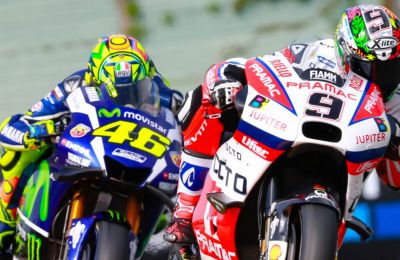 The premier motorcycling series MotoGP will arrive in Finland in 2019. The Finnish motorcycling body, Moottoriliitto, signed the contract with the series promotor Dorna on Saturday 16th of July 2016.

The race will be held at the KymiRing that will be constructed to the municipality of Iitti in southern Finland. The plan is to have the race already in 2018, but at the latest it will be held in 2019 says Tapio Nevala, the chairman of Moottoriliitto.

The organization has been working toward holding the event for a years. The series is considered to be the equivalent for Formula 1 in motor cycle racing and each year over 270 million spectators view the sport on live TV. In short, this is the next best thing to the Formula 1 Grand Prix planned for Helsinki in the world of motorsports.

Finland has previously held races, with the last time being in 1982 in Imatra. The new KymiRing track being built in Iitti will be used used for motor racing as well as driving and safety training. It has a track that is some 4,5 kilometres long that is certified with the FIA grade 2 (second highest for auto racing) and FIM grade A (highest for motor cycle racing).

In addition the area has a rallycross track and there are plans for a karting track, a motocross track, speedway and enduro tracks. The area is designed to hold many racing events and is expected to become the heart of Finnish motor racing complete with a hotel, promotional facilities and a restaurants.