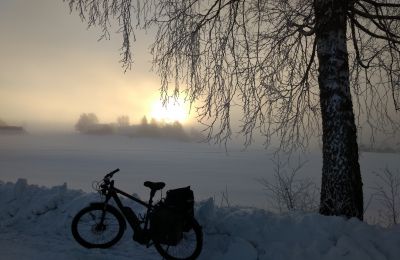 The Finnish government is proposing a subsidy of 400 € for purchases of electric booster bikes. If the proposal passes it will come into effect on July 1st 2018. The final decision will be made soon and punters could buy discounted e-bikes already this spring, just in time for the prime cycling season.

According to the proposal it would be available to private persons, for purchases of new e-Bikes once every calendar year. The subsidy would be granted by the Finnish Transport Safety Agency Trafi. Citizens could apply for the kickback starting 1st of July, also in retrospect for bikes bought after 1st of April 2018.

The national target is to increase using walking and bicycling by 30 percent by the year 2030. This is a part of reducing emissions from traffic, by replacing short car drives by bicycle rides and walks. A total of 300,000 bikes are sold in the country annually, with 3,500 of them being e-Bikes in 2016. Estimated sales for 2018 is 7,000 units, but the government aims higher.

Norway and Sweden have similar schemes in place

Nordic neighbors have already done similar experiments. Last autumn Sweden gave a greenlight to a 25% subsidy for electric bicycles. Norway has had subsidy schemes in place even earlier. In Oslo the city council grants €500 for purchases. The state in general is making choosing to make significant investments to replace use of cars in the country:

Norway has set aside an impressive $1 billion nationwide for new bike-related infrastructure, including new bike paths and more electric bikes. Giving more people e-bikes would minimize the need for more expensive infra like "bike elevators," which carry riders uphill on their bikes.
- Oslo is giving residents $1,200 to buy electric bikes

The subsidy for purchasing Electric Bicycles in Finland is a part of a program that aims to increase walking and bicycling in the nation. The full details on the program will be made public on Friday the 23rd of March.

UPDATE: The Electric Bicycle subsidy proposal was shelved in April 2018

Image from Gunstein Lye in Norway