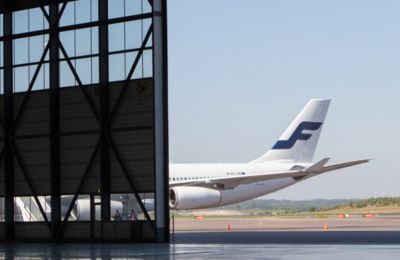 Finnair, the Finnish flagship carrier is accelerating it's digital ambitions. During 2017 the company plans to hire around 70 software developers, project managers, service designers and experts to the new digital team.

"Mobile applications and the use of data will be more visible across different competencies and roles within the company. As an example we plan to deploy mobile applications in aircraft maintenance operations in early 2017", states the Finnair Chief Digital Officer Katri Harra-Salonen.

According to Harra-Salonen the company is also seeking new opportunities that are uncorvered through new digital channels and services. Innovation is the key and so far Finnair's mobile application, for example, has been awarded the coveted Red Dot design award.

In addition the Nordic Sky portal on the new Airbus A350 aircraft has been lauded as the most innovative in-flight digital service. The company is also developing digital services for internal use with technologies such as IBM iOS Enterprise mobile platform.

Growth strategy and the premier bridge between Europe and Asia

The aim is to ensure the company stays competitive and is able to take full advantage of digitalization megatrend in the travel industry. Embracing digitalization is the next concrete step in the airline's growth strategy. The company has enjoyed success with the IT services company Reaktor, who have set up a dedicaded Aviation branch.

Whilst Finnair is a relatively small player in the global airline industry, the company has created an advage in routes connecting Europe and Asia. From it's Helsinki-Vantaa hub in Finland the company operates routes to many key locations in Asia, to cities such as Delhi, Ho Chi Minh City, Hongkong, Osaka, Peking, Shanghai, Singapore, Soul and Tokyo.

The company's widebody fleet of sixteen aircraft will be equipped with wireless internet during Spring 2017 and all of the European flights will be connected. This opens up new opportunities to develop the in-flight customer experience and shopping opportunities.

During 2016 the airline has already recruited some 800 employees, most of which are cabin staff and pilots. This is inline as the company expands it's fleet with new A350 and A320 aircraft. New routes to Japan, China and Europe were opened in 2016 and the company plans extending it's flight network through 2017 and beyond.

The full list of open positions for digital professionals can be found at finnair.com/digijobs

« Finland sets target to a zero emissions economy by 2050 - Indie game My Summer Car hits 1.5 Million Euros worth of pre-orders »