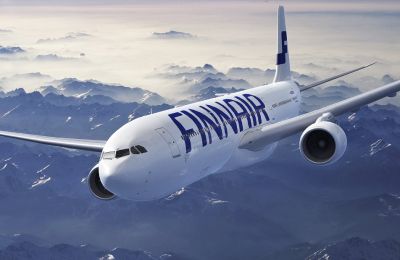 Finnair, the flagship carrier of Finland will start voluntary weighing of passengers. The airline aims to estimate the weight of the total payload on their aircraft. The information is used to optimise loading and fueling of the company's Jets.

The first weighings will happen at gates in early November 2017. First the information will be collected from around 100-150 passengers and their luggage with a scale that is moved from one gate to another. The airline claims that only the person doing the weighing will know of the results and that information will be anonymised in the database.

"Currently the airline uses standard EASA weight averages from 2009. Now we wish to verify that we have the best data, and this is why we are starting to collect our own data", states Sami Suokas in charge of the customer processes for Finnair.

According to EASA the esimate is that a male passenger with their cabin luggage will weigh an average of 88 kilograms, a woman 70 kilograms and a child under the age of 12 some 35 kilograms. The numbers are rather low in comparison to the average weights of finns. According to 2012 statistics the average weight of a Finnish male is 85,5 kg and a woman 70,4 kg.

On the other hand there are many nationalities flying on the company's flights. For example Asian passengers are likely to weigh significantly less than their Finnish counterparts. In addition to persons' weight the airline is interested in the weight of the carry-on baggage, whose maximum weight is 8 kg.

In addition passengers bring on board tax free purchases that can weight several kilograms and during winter times the jackets and other apparel add significant weight. The company is also interested in data on how much luggage weights vary between business travelers and holiday travelers.