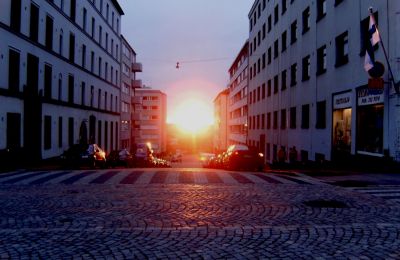 After several years of gloomy economy and weak growth, the economy in Finland has improved in 2017 and economists expect the boom to continue through 2018 and 2019. Positive reports are coming in and the outlook remains bright.

According to a January 2018 report from Talenom, a financial services company, the Small and Medium Sized (SME) companies in Finland grew their turover by 8,4 percent in November 2017 alone. Year over year the growth is exceptionally strong and it is safe to expect that the last quarter yielded very good financial results for SMEs.

The boom times in business had tangible effects in the real economy. The number of jobseekers has reduced at double the expected rate. This is largely due to the success of small companies, because over half of the jobs in Finland are in small and medium sized companies: 56 percent - some 749 000 employees.

All four major industries grew at a healthy pace in according to November statistics:

The Manufacturing Industry is also doing fine with Valmet automotive seeing success in manufacturing Mercedes-Benz cars in Uusikaupunki. The Shipyards in Turku and Rauma have received significant orders in the past years - lifting the whole sector and making for significant exports.

From September to November turnover growth was strongest in the area of Northern Ostrobothnia (+14,5%) and Pirkanmaa (6,1%). The region of Uusimaa, which includes the metropolitan area of Helsinki, grew by some 3,3 percent.

Attributing factors are government actions tax reforms and reasonable cost of labor have proven to be successful, and more radical reforms like deregulating transport services and trial of basic income attracting international interest to Finland.

Tourism and the IT sector driving the service industry

A notable growth sector in Finland is currently tourism as the Helsinki Airport had a record numer of passengers and the Port of Helsinki became the busiest passenger port in Europe. Visitors to the capital region now come more often with cruise liners and stop overs by travelers from Asia

Tourists interested to see novel sights like the Karaoke Bar of F1 star Kimi Räikkönen in Helsinki, Northern parts of the country and Lapland have also seen a growth in visitors. There are plenty of interesting prospects for the future with the arrival of pandas in the Zoo in Ähtäri, and the MotoGP Circus making it's way to Kymiring in 2019.

The country of Finland is also an interesting area for tech start-ups and conglomerates. With the annual Slush conference being a well known event around Silicon Valley and elsewhere, the country is now attracting tech companies from around the world. And the quirky indie hit Summer Car game shows that in 2018 global successes can come from humble beginnings.

In addition to home grown successes like Rovio, Supercell, Rightware, companies like Amazon, Magic Leap, Mapbox, Zynga and Zalando now are tapping into local talent. Despite the downfall of the handset business of Nokia, the sector has diversified - and the Nokia brand has even made a comeback to smartphones.

On Monday January 22th 2018 a Osuuspankki, a major finance group, updated it's forecast for the Finnish economy. Economists at the bank upgraded their GDP growth from 3,0% in November to 3,3% for the year 2018. Growth is largely driven by private demand, where as the public sector is lagging.

For the year 2019 the economy is expected to grow at a rate of 2,3 percent. The deceleration is expected due to decreasing export volumes and a slowdown in construction activity. Still the group expects that the peak of financial growth is not at hand and that unemployment will continue it's robust decline.

Actions to improve the competitiveness of the economy have been effective, supported by strong demand in overseas industrial investments. High consumer confidence in their personal finances power brisk private consumption, which is expected to remain on the growth path.

OP expects employment figures to improve this year, with over 30 000 new jobs created the unemployment is expected to fall to 7,8 percent. This would make for a record number in the number of employees in the Nordic country.

Despite raising inflation the real purchasing power is expected to improve. Savings rate is expected to stay low as citizens stack up more debt and home buyers will increasingly move to the reasonably priced real estate market, despite deflating bubbles in neighboring Sweden and Norway.